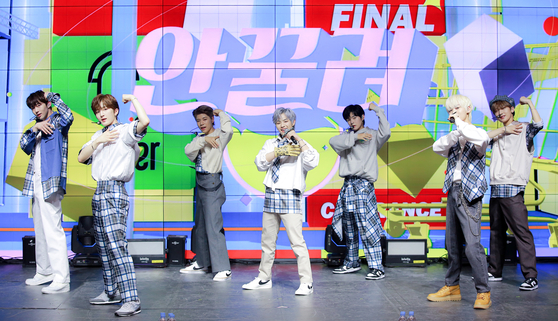 
Singer Rain introduced the new boy band he is producing at the group's debut showcase on Monday at Spigen Hall in southern Seoul’s Gangnam District.

Ciipher, a seven-member band, performed and introduced each member at the showcase prior to the release of its debut album "I Like You." Ciipher is the first boy band to debut under Rain Company, Rain's entertainment agency.

“My strategy is to show things slowly,” said Rain during the debut showcase.

“Nowadays, the trends in the K-pop scene are led by trying to follow the songs of trending singers. I want to create a new paradigm while keeping up with such trend.”

He said the group is ready to unveil strong characters.

Member Hyunbin said during the showcase that the group took its name as it plans to decipher many different passcodes seen in the music scene.