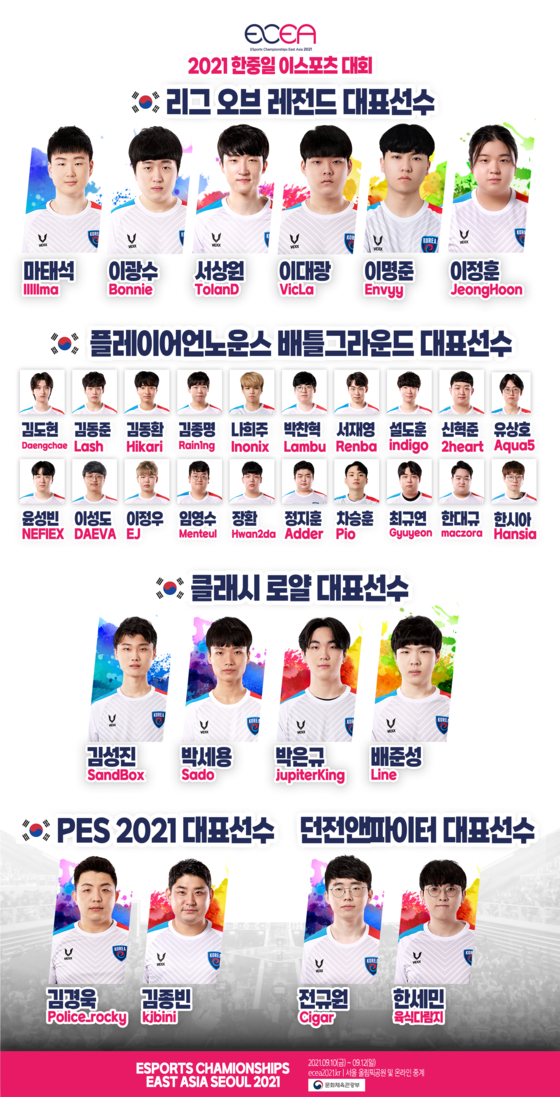 
The lineup for the Korean national team for Esports Championships East Asia 2021 — the new inter-East Asian competitive gaming tournament arranged between Korea, China and Japan that was announced to the public in June by Korea's Ministry of Culture, Sports and Tourism — was announced on Tuesday.

The PES 2021 squad is led by head coach Jo "Manee" Seong-man, and the Clover-9 duo of Kim "Police_rocky" Kyeong-uk and Kim "kjbini" Jong-bin will take to the field.

All squads were selected by committee, save for PES 2021's, for which a separate qualifier was held.

ECEA 2021 was originally set to be played in person for three days at Seoul Olympic Park in Songpa District, southern Seoul, from Sept. 10 to 12. Due to the recent resurgence of Covid-19 cases, however, the entire tournament will be played online.