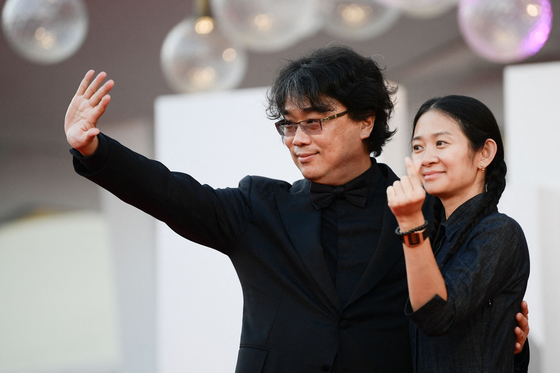 
Korean director Bong Joon-ho, left, Jury President of the 78th Venice Film festival, and Chinese director Chloe Zhao, Jury member of the international film festival, arrive for the closing ceremony on Saturday. Audrey Diwan's "Happening," a timely film about illegal abortions in 1960s France, won the festival's Golden Lion on Saturday, just as the abortion debate is raging again over new restrictions in Texas and its decriminalization in Mexico. [AFP/YONHAP]