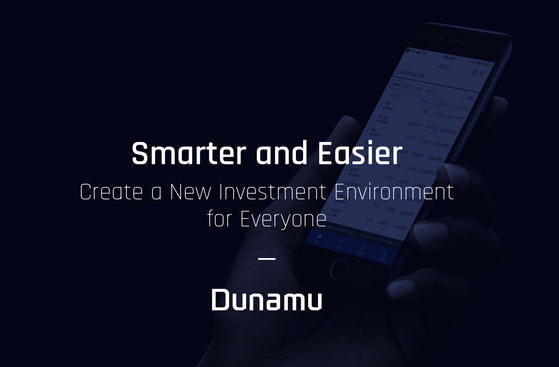 
Dunamu released a statement Tuesday saying it is not a Kakao company and asked media outlets to not refer to the company as an affiliate or subsidiary of Kakao.

Kakao has recently been scrutinized for the past week by government authorities and politicians over its businesses that, according to them, grew too big too quickly at the cost of consumers and small businesses. This led some Kakao subsidiaries to reduce or suspend part of their services.

According to Dunamu, the operator of cryptocurrency exchange Upbit, Kakao is just one of many shareholders of Dunamu, with a stake of 7.63 percent as of August 2021.

"Just like how we wouldn't say Dunamu is an affiliate or subsidiary of Woori Technology Investment because it owns a 7.59 percent stake in our company, Kakao is just one of our shareholders," Dunamu said in the statement.

Kakao is currently the fourth largest shareholder of Dunamu. Woori Technology Investment is the fifth largest.

Dunamu has long been understood to be a Kakao company as Kakao has been a major investor for the company from early on through its venture investment arm.

K Cube Ventures, which is now Kakao Ventures, invested 200 million won ($170,700) into Dunamu in its second year of business, which later became the foundation for the company's rapid growth.

Also, despite the relatively small stake that Kakao directly owns in Dunamu, the tech giant was thought to be controlling a roughly 20 percent stake in the Upbit operator via other instruments.

Speculations on these deeper relations between Kakao and Dunamu grew as former Kakao co-CEO Lee Sir-goo became CEO of Dunamu in 2017.

A Kakao spokesperson, however, said, "Investments made through venture capital funds and by Kakao should be distinct, and Kakao is just one of shareholders of Dunamu."

Based on Kakao's 2020 audit report published in English, it put Dunamu under the "associates" category, which the company defines as "entities over which the group has significant influence but not control or joint control."

The announcement by Dunamu comes less than two weeks before the Sept. 24 deadline given to local cryptocurrency exchanges to officially register as virtual asset service providers with the country's financial regulators. Dunamu's Upbit has completed its application and is waiting for the government's approval.

Local cryptocurrency exchange operators must register with the Korea Financial Intelligence Unit, a body under the Financial Services Commission responsible for implementing anti-money laundering practices in Korea, by Sept. 24 in order to keep operating, under an amendment to the Act on Reporting and Using Specified Financial Transaction Information.

The company is also reportedly preparing for listing in a U.S. stock exchange in the latter half of the year.

Dunamu to go global via its NFT venture with HYBE