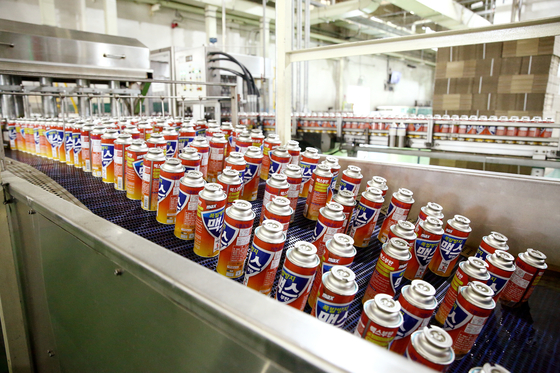 These small, cheap-to-buy canisters have also grown into a major export item as two Korean companies — Taeyang and Daeryuk — account for over 70 percent of the market share globally, according to the Korea Trade-Investment Investment Promotion Agency (Kotra).


While domestic demand has been steady for years, shipments of butane canisters have gradually increased, especially over the past decade.

The first production of portable butane fuel dates back to the late 1960s in Japan and a company called Iwatani. Japan, however, now stands as the top importing country of butane from Korea, the majority of which is through butane gas canisters, bringing in $41.8 million worth of imports last year. The United States came second with $20 million in imports, according to Kotra, followed by China at $12.9 million.

According to Yoo Chang-rai, managing director of the overseas business division at Taeyang, Korea's market dominance comes down to two things: Prices and production.

"Our competitiveness lies in our cheaper price and our production facilities that exclusively produce portable butane canisters, which are able to supply a large volume of butane gas canisters in a stable manner," Yoo said.


Another reason for the success of Korean gas canisters is the growing popularity of Korean food. Eating out gained a huge boost in popularity in Korea during the 1988 Seoul Olympics, and restaurants quickly started using portable stoves to offer an at-table heat source without the need for expensive equipment.

As the popularity of Korean food grew globally, that portable stove tradition began to travel around the world, breaking down the idea that butane stoves are only for camping and emergencies.

Still, the demand linked with the emergency state paved way for export to Korean producers, according to Yoo.

Taeyang, the world’s largest producer of portable butane canisters in terms of market share, started exporting the item to Japan in the 1980s when the neighboring country was struggling with a supply shortage.

“In the case of Japan, demand for portable butane gas far exceeds supply,” Yoo said. “Shipments to Japan peaked after the 1995 Kobe earthquake and the 2011 Tohoku earthquake. After the events, shipment to Japan gradually rose."

Japan accounted for around 40 percent of Taeyang’s entire overseas sales last year, followed by the United States at 10 percent. 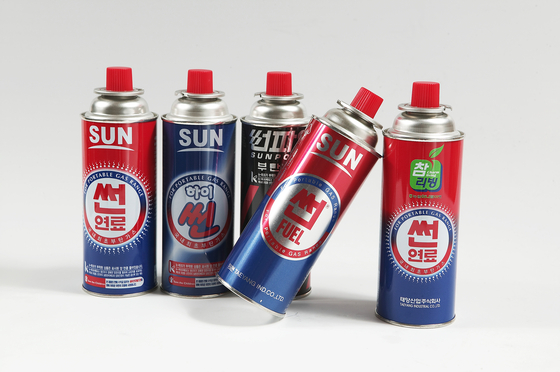 
Besides the primary markets, Taeyang sells its Sun butane cartridges to over 70 countries, with its focus on retailing the products that comply with each market’s rules and safety standards.

Daeryuk, the second largest producer, also first targeted Japan and then extended its reach to countries like the United States, China and Australia, where a large number of Korean immigrants live.

“Until the 1990s and 2000s, the portable stoves and butane gas were not yet popularized except for specific countries like Korea and Japan,” said a spokesperson at Daeryuk.

“But the products started being sold across the world — starting with developed countries and spreading to developing countries — led by immigrants."

Japan still accounts for 20 percent of Daeryuk’s overseas sales, although the spokesperson added that the reliance has been eased with its exporting destinations diversified.

The U.S. accounts for 12 percent, followed by China with 9 percent. Australia and Taiwan each account for about 6 percent of sales.

Myanmar, for instance, has seen a drastic increase in imports of butane gas since 2010 as people transitioned from the traditional fire pit.

“Myanmar suffers from chronic power shortages, so there is a limitation to the country’s access to electric kitchen appliances,” a report from Kotra said.

Daeryuk said that it will continue to target new markets with its Max butane products fitted with explosion-prevention functions.

“Starting in 2010, we zeroed in on entering new markets like Russia, the Middle East and China, which pushed up overseas sales,” the spokesperson said. “We also entered remote islands in the Pacific Ocean to a great success.”