The Korea World Class Enterprise Association is underwriting 100 subscriptions to the Korea JoongAng Daily and New York Times for Afghan families brought to Korea after the fall of Kabul to the Taliban.

The subscriptions started Wednesday and will run for at least two months.

Last month, Korea airlifted a group of 390 Afghans from Kabul in an evacuation plan codenamed “Operation Miracle.” The Afghans had worked for Korea's embassy in Kabul or on Korean aid projects. They have not entered Korea as refugees but as "special contributors" and are expected to get long-term residence visas.

They are currently residing at the National Human Resources Development Institute in Jincheon and were released last Friday from 14-day quarantines for Covid-19 detection.

“We heard that the 390 Afghans who arrived last month as special contributors asked for English newspapers in order to get information necessary for early settlement in an unfamiliar environment," explained Oh Suk-song, chairman of the association, who is also CEO of medical device manufacturer Meta Biomed. "We decided to sponsor subscriptions to the Korea JoongAng Daily-New York Times, which offer both domestic and international news.” 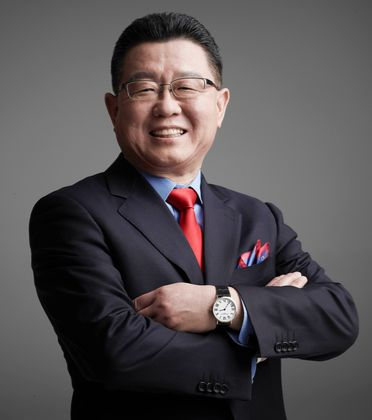 The Afghans flown out of Kabul in Korean Air Force aircraft to the Pakistani capital of Islamabad arrived in Korea on Aug. 26 and 27. Another Afghan who worked as an interpreter in a reconstruction project run by the Korea International Cooperation Agency (Koica) arrived separately through India on Sept. 4 and joined the others, bringing the total number of so-called special contributors to 391.

These individuals contributed their skills and expertise to Korean government efforts to help rebuild a war-torn Afghanistan over the past two decades, including working for a now shuttered Korea-built hospital and a vocational training center.

They include medical professionals, IT experts, interpreters and staff who worked for Seoul’s embassy in Kabul, Koica and Korean humanitarian and reconstruction projects in Afghanistan, along with their families, including both children and parents. Nearly half of the evacuees are children under the age of 10.

The Korean Justice Ministry said the Afghans will be granted F-2 long-term residency visas as “special contributors,” a process that will require a revision to the current law. That should enable them to freely live and work in Korea.

The group will reside on the National Human Resources Development Institute’s Innovative Leadership Campus for another six weeks, where they will receive education and guidance on resettlement, including classes on the Korean language and culture. They will then move to a longer-term communal living accommodation prepared by the government.

Since their arrival, the Korean Red Cross, under the supervision of the Ministry of Justice, has been in charge of many public donations for the newcomers, including books and toys for children.

The World Class Enterprise Association has 300 members, which are small and medium-sized enterprises with potential to grow into global companies, as selected by Korea’s Ministry of Trade, Industry and Energy under the government's “World Class 300 Project.”

The Korea JoongAng Daily, launched on Oct. 17, 2000, is published in partnership with the New York Times.