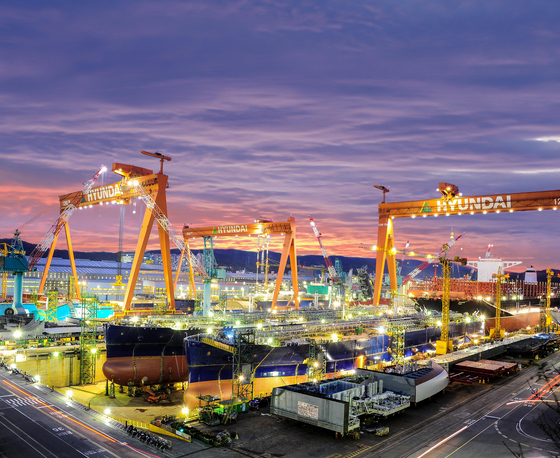 That would give HHI a market capitalization of 9.9 trillion won. It is now No. 42 on the Korea Exchange, beating such big names in the domestic shipbuilding industry as Korea Shipbuilding & Offshore Engineering, Samsung Heavy Industries and Daewoo Shipbuilding and Marine Engineering

HHI shares opened at 111,000 won, 85 percent higher than the subscription price but less than the maximum 200 percent jump recently hit by a number of public offerings in Korea. Trading was choppy, with shares falling 18.02 percent in only about two minutes after the market opened.

HHI went through its two-day public subscription period on Sept. 7 and 8 and attracted over 56 trillion won in deposits. Of 18 million shares the company offered, 25 percent were allocated to retail investors.