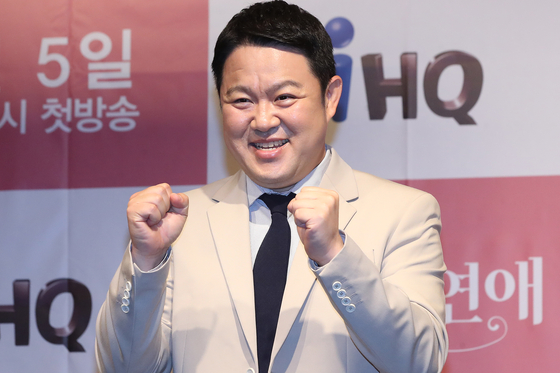 
Fifty-one year old entertainer Kim Gu-ra became a father before the beginning of Chuseok holidays this month, according to Kim’s agency Line Entertainment.

After finalizing his divorce in 2015, Kim revealed through various entertainment shows that he was in a relationship with his non-celebrity girlfriend who is 12 years younger than him. They registered their marriage without holding a ceremony last year.

The entertainer's 23-year-old son Kim Dong-hyun from a previous marriage is active as singer MC Gree.

Kim debuted as a comedian on SBS in 1993 and is active as the host of various entertainment programs such as “Radio Star,” “My Working Vlog” and “Midnight Horror Story” on MBC and “Same Bed Different Dreams 2- You Are My Destiny” on SBS.