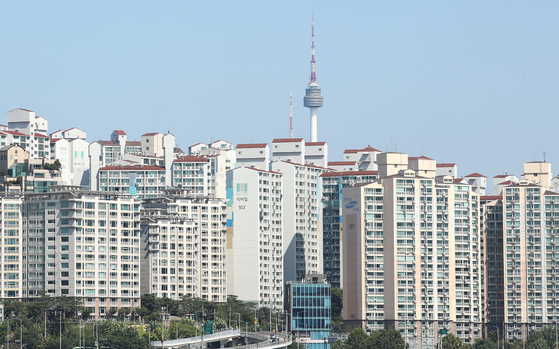 View of apartment complexes in downtown Seoul on Sept. 12. [YONHAP]


One out of three foreigners operating housing rental businesses in Korea are Chinese citizens, according to a government report.

A total of 2,394 foreigners were running housing rental businesses in Korea as of the end of June 2020, according to data published by the office of Rep. Park Sang-hyuk of the ruling Democratic Party based on a report from Ministry of Land, Infrastructure and Transport.

They own a total of 6,650 properties, which means the foreigners have 2.8 registered properties per person.

Most of the properties are concentrated in Seoul metropolitan areas. About half of the registered properties of foreigners, or 3,262, are in Seoul, while 26.9 percent are in Gyeonggi. About 6.4 percent are in Incheon, and 5.2 percent in Busan.

With the growing number of properties owned by foreigners, some critics argue that foreign housing rental businesses are disturbing the country’s real estate market, and thus they need to be restricted by tightened regulations. The Ministry of Land, Infrastructure and Transport and Ministry of Justice said they are currently reviewing a plan to strengthen the related regulations.