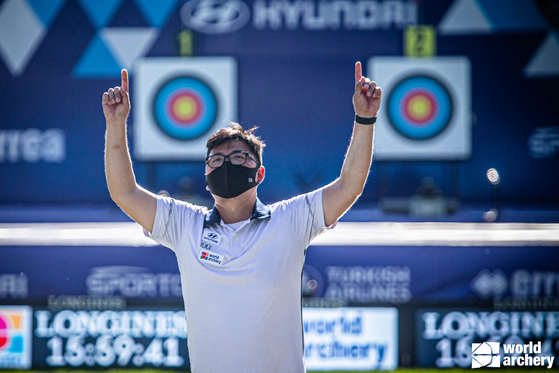 The world championship success came just two months after the national team swept the team recurve podium at the 2020 Tokyo Summer Olympics with An San adding another women's individual gold medal to become the first archer in Olympic history to win three gold medals at a single Games. 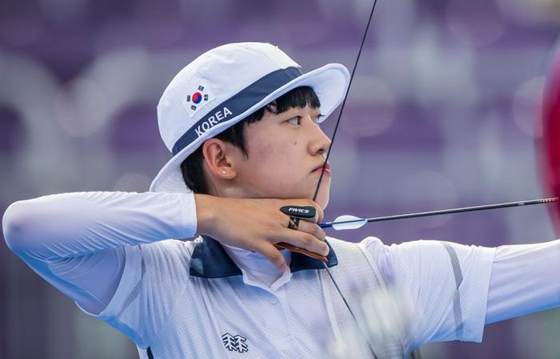 
This time in Yankton, South Dakota, Team Korea was on it from day one.

An and Kim Woo-jin topped the ranking round on the first day to earn their spots in the mixed team. The duo then took gold, defeating the Russian team with a comfortable 6-0 win in three straight sets.

Korea sent the same archers to South Dakota as they did to Tokyo, with An, Jang Min-hee and Kang Chae-young winning the women's recurve team gold on Friday, conceding the first set to Mexico but winning the second and third sets and tying the fourth to win the match.

An hour later, Kim Je-deok, Kim Woo-jin and Oh Jin-hyek came on the field and defeated the United States in three straight sets to claim gold.

Having already swept the team medals, Korea was looking for a total recurve sweep with the men's and women's individual matches on Sunday, and that is exactly what Jang and Kim Woo-jin were able to achieve. 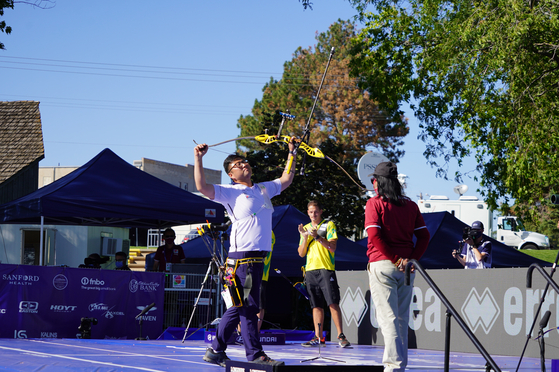