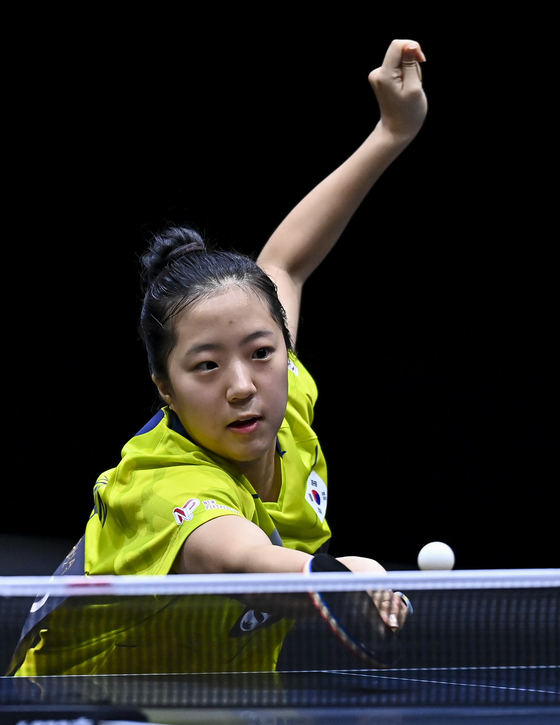 Shin Yu-bin competes during the women's singles final against Hina Hayata of Japan at the 2021 ITTF-ATTU Asian Championships Doha in Doha, Qatar on Monday. [XINHUA/YONHAP]


Shin Yu-bin finished runner up at the women’s individual finals of the 2021 Asian Table Tennis Championship in Doha, Qatar, losing to Hina Hayata of Japan in the final on Monday.

Shin started Monday by avenging that team defeat by beating Ando Minami of Japan in the semifinal, losing the first set but then winning three to take the victory.

Shin is a table tennis prodigy, having made the national team at only 14. She competed in her very first Olympic Games in Tokyo, becoming the youngest-ever table tennis player to represent Korea on the big stage. This runner-up finish is Shin’s first ever medal at an international event. It is also Korea’s first silver medal at the Asian Championship in 53 years. 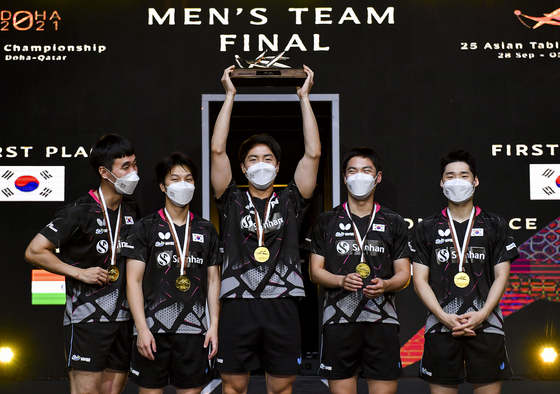 The Korean men's team celebrate on the podium after winning the men's team final between Korea and Chinese Taipei at the 2021 ITTF-ATTU Asian Championships Doha in Doha, Qatar on Friday. [XINHUA/YONHAP]


Earlier at the event, Korea won the men’s team gold medal after beating Taiwan 3-1 on Friday, ending a quarter of a century title drought. The only time Korea has won at the Asian Championship after it was first hosted by the Asian Table Tennis Union in 1972 was in 1996, when Korea defeated China in the finals held in Kallang, Singapore.

As of press time, Korea is vying for three more medals as Shin and Jeon Ji-hee are scheduled to play the women’s doubles semifinals, while Jang Woo-jin and Lee Sang-su are both through to the men's singles semifinals. China is not competing at the 2021 Asian Championship.