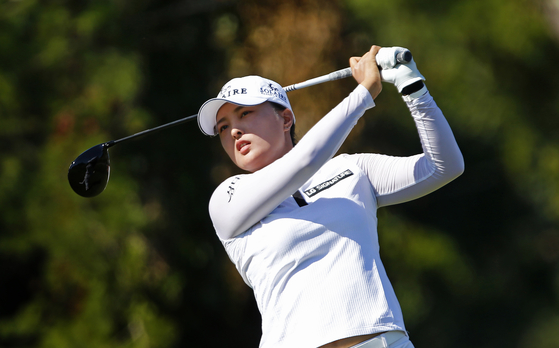 Ko Jin-young hits from the second tee during the final round of the Shop Rite LPGA Classic golf tournament on Sunday in Galloway, New Jersey. [AP/YONHAP]


The LPGA Tour continues as the Cognizant Founders Cup starts on Thursday, where the top four Korean golfers — Ko Jin-young, Park In-bee, Kim Sei-young and Kim Hyo-joo — have all experienced winning in the past.

This is the 10th edition of the Founders Cup, but the first to be held at Mountain Ridge Golf Club in West Caldwell, New Jersey. Korea has the most Founders Cup victories, the four golfers having won in 2015, 2016, 2018 and 2019. In 2017, Chun In-gee narrowly missed out on the title, finishing tied for second.

World No. 2 Ko throws her hat into the competitive field as defending champion, having won the event in 2019. Last time around, the event took place at Wildfire Golf Club in Phoenix, Arizona, where Ko played the last two rounds bogey-free to outplay four other golfers including the current No. 1 Nelly Korda of United States by one-stroke.

Ko got off to a slow start this season, but eventually got her first win at the Volunteers of America Classic in July, and repeated that success at the Cambia Portland Classic in September. Just last week, Ko narrowly missed out on her third win of the season at the ShopRite LPGA Classic.

“This course is like a major course,” said Ko.

“Everything is in perfect condition so it feels like a major and I'm defending, so it's going to be a long week. The fairways are a little wet and greens are as well, but it’s just like Portland. I have a lot of good memories from Portland. I’m hoping for a good week and hope that I have a good week this week.” 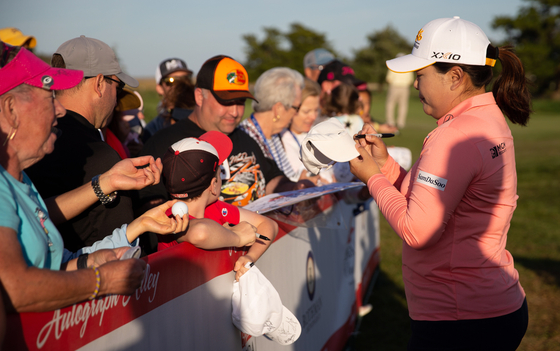 Park In-bee signs autographs for fans after she finished the second round of the ShopRite LPGA Classic held at the Seaview on Friday in Galloway, New Jersey. [EPA/YONHAP]


Ko is joined by No. 3 Park, the 2018 champion of the Founders Cup, who also tied for second place last week.

In 2018, Park dominated the field, pulling off an incredible 63 on moving day to card a total of 19-under-par, 269, five strokes ahead of the three golfers tied for second position. Park will be looking for her second win of the season, after the Kia Classic in March. 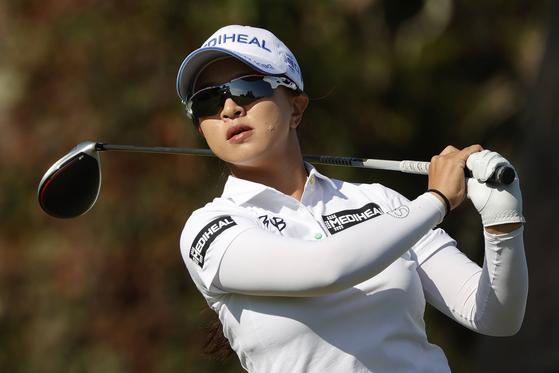 Kim Sei-young hits her tee shot on the second hole during the final round of the ShopRite LPGA Classic presented by Acer on the Bay Course at Seaview Golf Club on Sunday in Galloway, New Jersey. [AFP/YONHAP]


In 2016, Kim Sei-young played the event like no other, shooting a 27-under-par, 261, through 72 holes to win the title, a record that still stands as the overall tournament best.

Kim Sei-young will be looking to repeat that past glory, her best finish of the season this year being tied for second at the Lotte Championship in April.

No. 8 Kim Hyo-joo won the 2015 edition in her rookie season, with a three-stroke lead over runner-up Stacy Lewis of the United States. Kim Hyo-joo comes back on the golf course after withdrawing from the ShopRite Classic last week, despite making the cut due to muscle cramp. 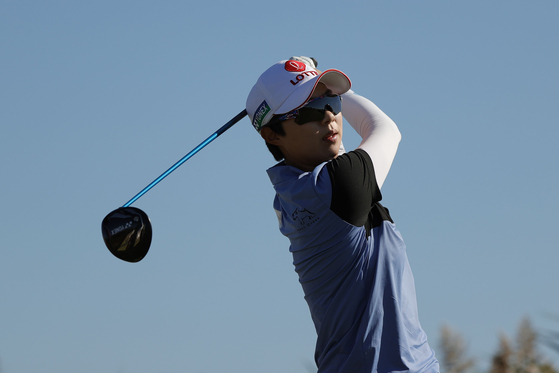 Kim Hyo-joo hits her tee shot on the third hole during the first round of the ShopRite LPGA Classic presented by Acer on the Bay Course at Seaview Golf Club on Thursday in Galloway, New Jersey. [AFP/YONHAP]


So far, Korean golfers have won four LPGA titles this season, just two short of a total 200 wins since Ku Ok-hee won the Standard Register Turquoise Classic on March 27, 1988. Korea's biggest stars will be looking to add another win at the Founders Cup that starts on Thursday and continues till Sunday.