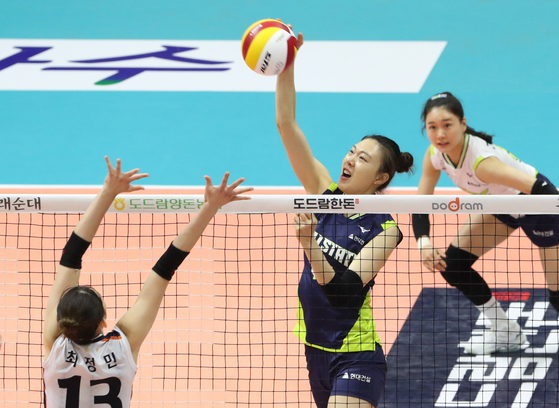 Yang Hyo-jin of Hyundai Hillstate attacks during the KOVO Cup match between IBK Industrial Bank on Aug 24th at the Uijeongbu Gymnasium in Uijeongbu, Gyeonggi. [NEWS1]


The V League is back in business, with both the men's and women's leagues set to begin their 2021-22 seasons on Saturday.

Founded in 2005, the V league is the one of the biggest professional sports leagues in Korea, alongside the KBO, K league and KBL.

The Pepper Savings Bank were added to the league this April, marking the first time in 10 years that a new club has joined the V league, after the Industrial Bank of Korea founded the Hwaseong IBK Altos in 2011. 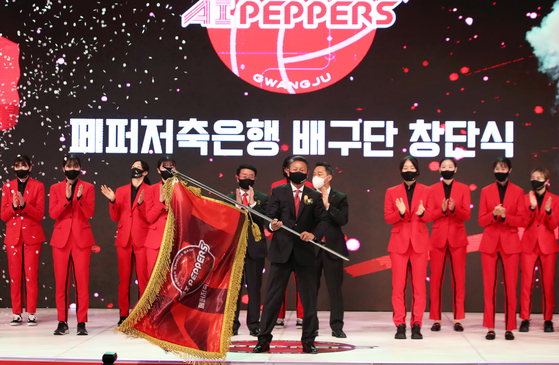 
The women’s V league has been popular for some time, but has recently gotten more attention than ever thanks to the women’s national team’s stunning fourth-place finish at the 2020 Tokyo Summer Games.

Veterans like Kim Yeon-koung, Kim Su-ji, Yang Hyo-jin and Kim Hee-jin were the ones to do it for Korean women’s volleyball at the Games. Despite Kim Yeon-koung leaving the V League after playing for Incheon Heungkuk Life Pink Spiders last season, the other three will be back on the court this season. Yang will come on for Hyundai Hillstate and Kim Su-ji and Kim Hee-jin will play for IBK Industrial Bank. 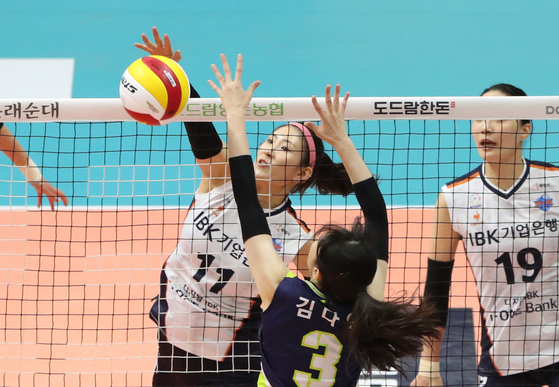 Kim Su-ji of IBK Industrial Bank spikes during the KOVO Cup match between Hyundai Hillstate on Aug 24th at the Uijeongbu Gymnasium in Uijeongbu, Gyeonggi. [NEWS1]

This march, the Kixx achieved the first ever treble in women’s professional volleyball history, taking the Championship title after winning three games of the best-of-five championship series, after winning the regular season title and also the pre-season tournament the KOVO Cup. 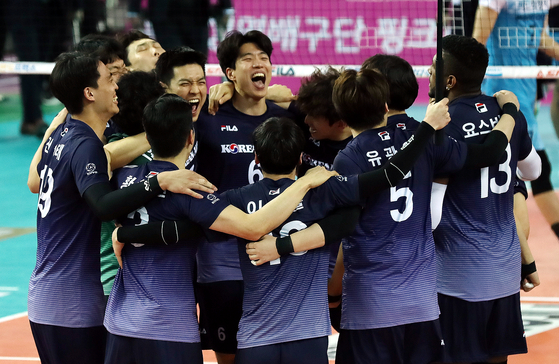 Incheon Korean Air Jumbos players celebrate after scoring the final point to win the championship series against the Seoul Woori Card Wibees at Gyeyang Arena in Incheon on April 17. [NEWS1]


The defending champion of the men’s V league is the Incheon Korean Air Jumbos, who won the championship series against the Seoul Woori Card Wibees. The previous season was the first time that the Jumbos took both the regular season pennant and the championship title. It was also the first time in seven years that the V League has seen one team sweep both awards. The last time a team picked up the double was back in the 2013-14 season, when Samsung Fire Insurance won both.

The Wibees changed their club name to the Seoul Wooricard Wooriwon ahead of the new season. Alongside the Jumbos and the Wooricard, the Cheonan Hyundai Capital Skywalkers, Ok Financial Group Okman, Samsung Bluefangs, Uijeongbu KB Insurance Stars and Suwon Kepco Vixtorm will all be vying for the trophy.

But all eyes are on the Jumbos and their new 34-year-old Finnish head coach Tommi Tiilikainen, who came to Korea after a four-year stint in Japan. Last season, the Jumbos appointed a foreign coach Roberto Santilli for the first time in Korean men’s volleyball.

“The non-season was 20 weeks long,” said Tiilikainen at a media day on Wednesday.

“It was a time for us to experiment how far we could go. We will try to play quick and smart volleyball this season.” 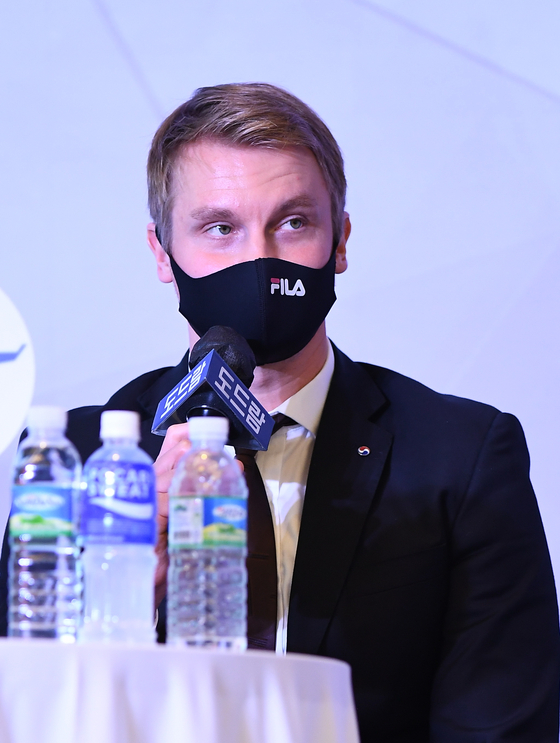