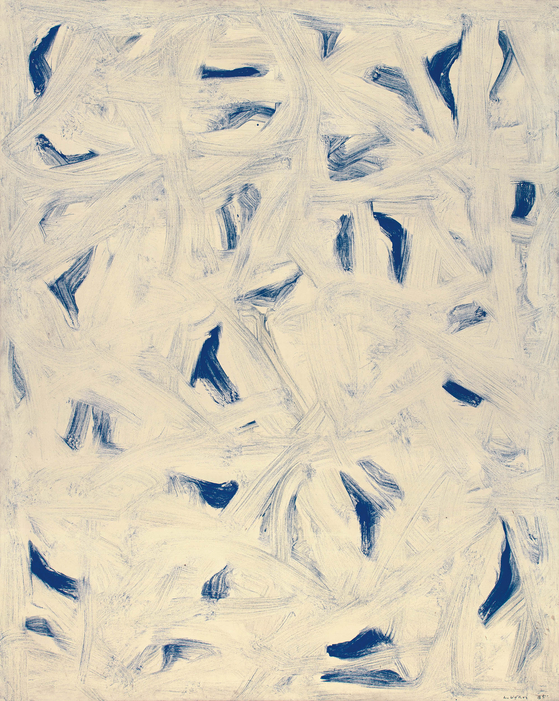 
This photo, provided by K Auction, shows "East Winds S85080" (1985) by Lee Ufan, the master of dansaekhwa, or Korean monochrome painting. The painting will be put up for sale on Oct. 27 at the auction house's Gangnam headquarters in southern Seoul. The estimate for the painting is between 2 billion and 3 billion won ($1.6-$2.5 million). Last August, another painting from Lee's "East Winds" series sold for 3.1 billion won, a record price for a living Korean artist, in Seoul Auction's sale.

Wavve's new entertainment program 'About Time' to launch on Thursday

Foodies, get your bidding paddles ready for the auction of a lifetime