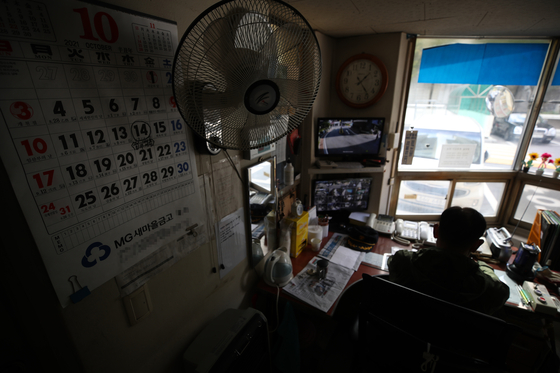 Tenants can no longer make unreasonable demands on security guards in their buildings. This includes parking cars or delivering groceries.

The Ministry of Land, Infrastructure and Transport on Tuesday announced changes to apartment management regulations that prohibit the use of security personnel for any duties outside their job descriptions.

Anyone who asks anything beyond the listed duties could be fined up to 10 million won ($8,483). The company that provided the security guard could get its license revoked.

The new regulation goes into effect on Oct. 21.

Pushing around security guards has become a major social issue in Korea.

In many cases, security guards at apartment complexes are senior citizens looking for jobs after retirement.

In May last year, a security guard committed suicide due to gapjil by a tenant in an apartment complex in Seoul. The tenant not only verbally abused the elderly security guard but also physically attacked the guard.