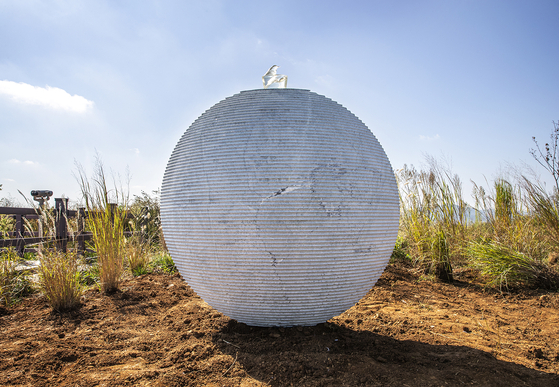 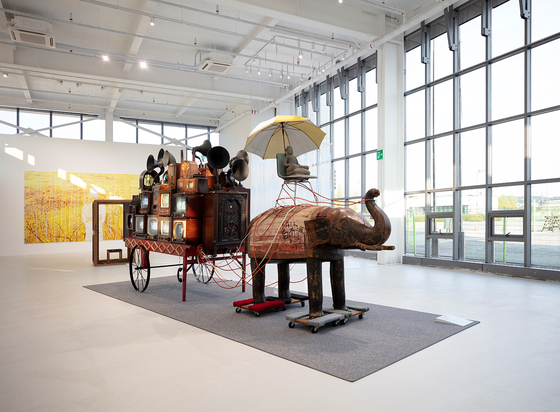 Nam June Paik’s “Elephant Car” is now on view at UniMARU as part of the DMZ Art and Peace Platform exhibition. [KIM SAN]


The Demilitarized Zone (DMZ) between North and South Korea is a paradoxical place. Its complicated and contradicting qualities have been inspiring many local and foreign artists as shown in the DMZ Art and Peace Platform exhibition being held at UniMARU, the first-ever cultural center in the DMZ set up earlier this year.

The DMZ, instituted by the 1953 Armistice Agreement after the Korean War (1950-53), is “a physical scar left on the land, a place where the brutal memories of the war linger,” Chung Yeon-shim, artistic director of the project, said. “Ironically, it is one of the places where the natural ecosystem is best preserved, as civilian entry into the DMZ is limited for safety reasons. However, the numerous undiscovered landmines in the DMZ still pose a real threat in the seemingly peaceful landscape.” 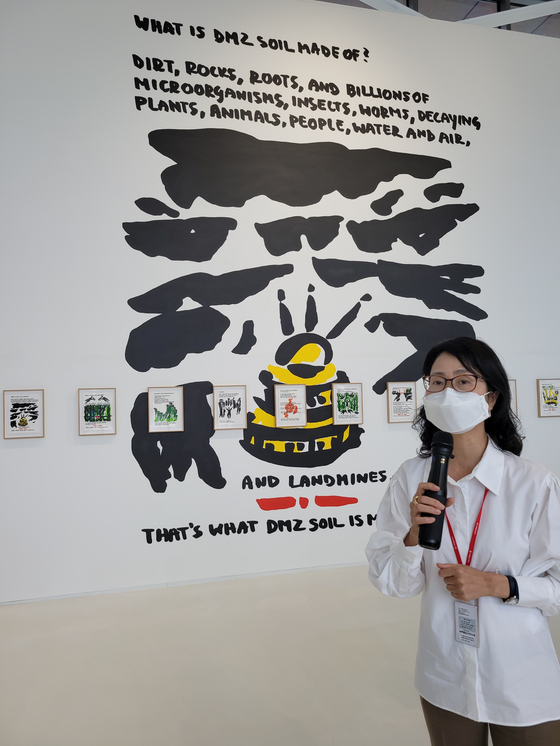 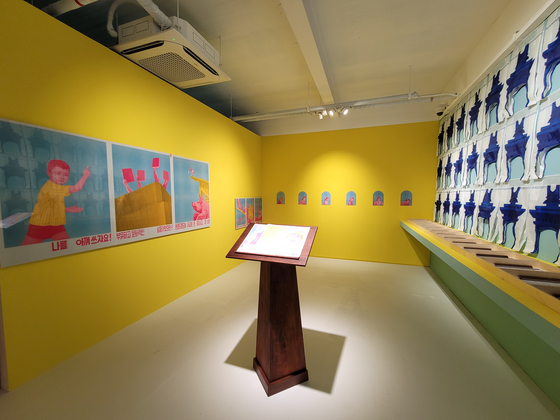 
In order to re-define the DMZ and to establish art spaces in it for residents in and near the zone, the Inter-Korean Transit Office under the Ministry of Unification, which handles access by rail and road between the two Koreas, launched the DMZ Art and Peace Platform project. “The DMZ holds various meanings [...] but it is now reborn as a place for beauty and peace,” said Kim Ki-hyeok, general director of the office.

As part of the project, an exhibition curated by Chung is being held in four venues in and around the DMZ: UniMARU, Dorasan Station and Guard Post in Paju city, Gyeonggi; and Jejin Station in Goseong county, Gangwon. The fifth venue is in Seoul. Chung, an art historian, is a professor at Hongik University and co-writer and editor of the celebrated English book “Korean Art from 1953: Collision, Innovation, Interaction.”

Among the venues, UniMARU was once a building for an inter-Korean customs and inspections office and renovated by architect Mihn Hyunjun into the DMZ’s first cultural center this spring. Mihn is well known for designing the National Museum of Modern Contemporary Art (MMCA) in Seoul. “The name is a portmanteau of ‘uni,’ a prefix from unification and ‘maru,’ the Korean word meaning a space or platform,” Chung explained. “The name refers to its mission to provide a platform for peaceful unification.”

The 32 participating artists of the exhibition include big names of the international art scene such as Nam June Paik, Olafur Eliasson, Francis Alys and Haegue Yang.

Now in the main hall of UniMARU is the spectacular video sculpture installation “Elephant Cart” by Paik, which symbolizes peaceful cultural exchanges; Lee Dongi’s painting that questions the meaning of the war and the relationship between the state and individuals; and Hong Soun’s painting that depicts the landscape of “Enemy Cemetery” near the DMZ in a mixture of reality and fiction.

Other artist's pieces feature diverse subjects. Im Heung-soon’s video work and installation deal with ordinary people and their daily lives on the border between the two Koreas. Marjetica Potrc and Lee Soyo focus on the natural ecosystem of the DMZ. Lee Boorok presents an installation work based on his interviews with South Koreans who once worked at the now-closed Kaeosong Industrial Complex for inter-Korean economic cooperation and their memories about their North Korean-co-workers. 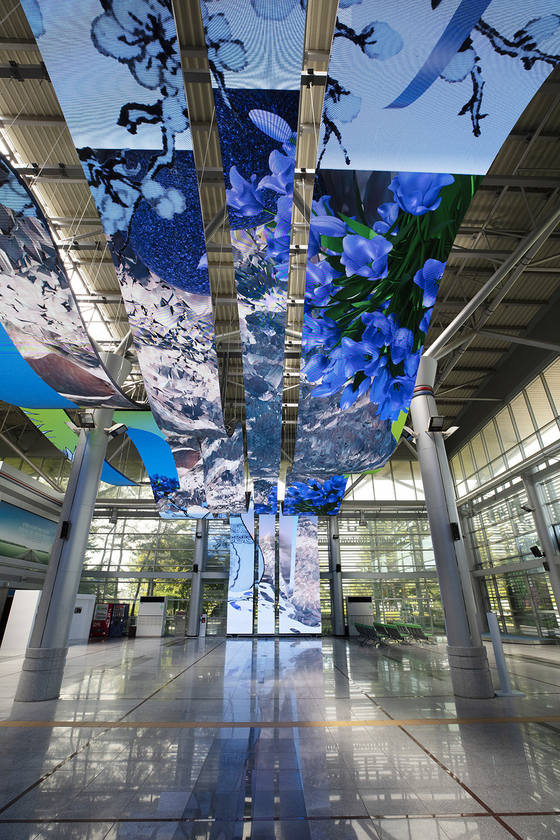 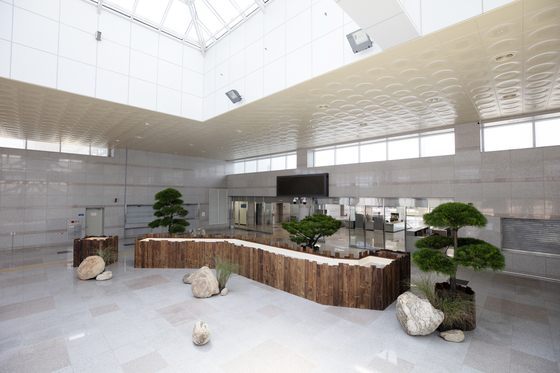 
Meanwhile, in Dorasan Station, which is “a place of infinite potential that proves the division of the Korean Peninsula but at the same time embraces the possibility of re-connecting,” according to Chung, a spectacular media wall has been installed with surfaces curved like waves. On the media wall media art works by three artists — Ye Seung Lee, Yiyun Kang and Geum Min-jeong — are screened in turn.

“The border is there, acting as a barrier, yet the artistic imagination and desire for peace in the DMZ will always be as borderless as birds, wind, water, and grass,” Chung said.

The exhibition runs through Nov. 15. To visit, go to www.dmzplatform.com and file an application.