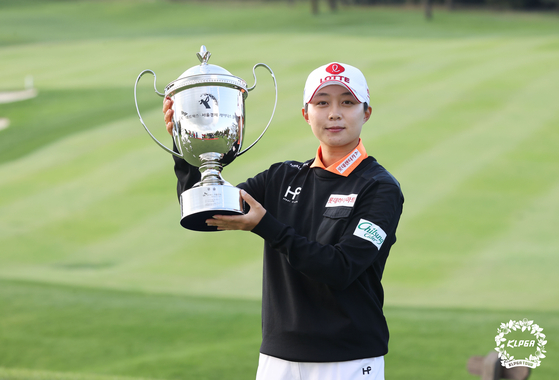 Kim spends most of her time abroad as an LPGA Tour golfer, but has returned to Korea three times this season, twice to compete on the KLPGA Tour. This week's victory marks her second KLPGA title this season, both as an invited player.

This September, Kim played the KLPGA major, the KB Financial Group Star Championship, alongside fellow LPGA golfers Park In-bee and Chun In-gee and finished sixth. She stayed another week to compete in the Se Ri Pak Invitational, where she made a big comeback in the third and final round on Sunday to win the title.

This time around, Kim flew in to Busan last week to play the BMW Championship, a joint tournament of the KLPGA and LPGA Tours, where she finished tied for 30th then stayed an additional week to play the SK Networks Classic in Jeju.

Kim had a slow start on Thursday, unable to birdie in the first nine and birdying twice and bogeying once in the second nine. On Friday, Kim started off her second round birdying the par-4 first, then followed up with five more birdies and two bogies, carding a five-under to finish tied for sixth.

At the end of moving day, Kim took the top spot after carding five birdies and no bogies. Five players were tied at first place until the second to last par-3 17th, when Kim’s tee shot landed five meters from the hole and led to a birdie that gave her a solo lead. 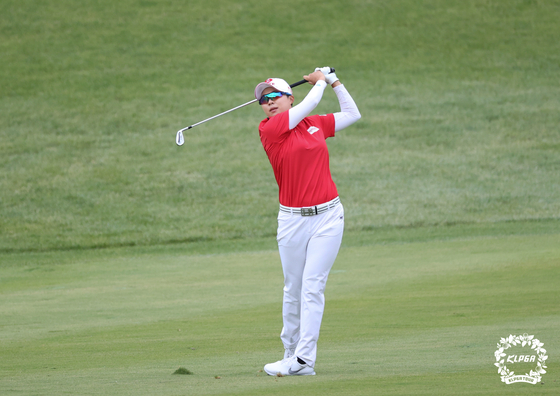 Kim Hyo-joo plays her iron on the third hole on moving day of the SK Networks Seokyung Ladies Classic of the KLPGA Tour at Pinx Golf Club in Seogwipo, Jeju on Saturday. [KLPGA]


Kim carried that form into the last round, once again birdying the first hole then adding five more birdies and two bogies carding a four-under-par to a total of 14-under-par, 274. Her iron shots were especially on point, landing the ball right next to the pin on the green on the par-3 fifth and par-4 13th for tap-in birdies.

But runner-up Lee So-young trailed close behind toward the very end, playing on exceptional form, birdying nine holes and bogeying once to card an 8-under-par on the last day to a total of 13-under-par, 275.

As well as two KLPGA trophies this season, Kim also won an LPGA title at the HSBC Women’s World Championship in April.

“I am very happy to win in Korea,” said Kim after the tournament.  “I wasn’t too happy with last week’s [BMW Championship] results. I practiced a lot on the course and so I had a feeling that I would play well this week.”

“I focus on my target score rather than winning,” Kim said when asked about how she was able to recover from a bogey on the par-4 12th and come back with a birdie on the next par-4 13th. 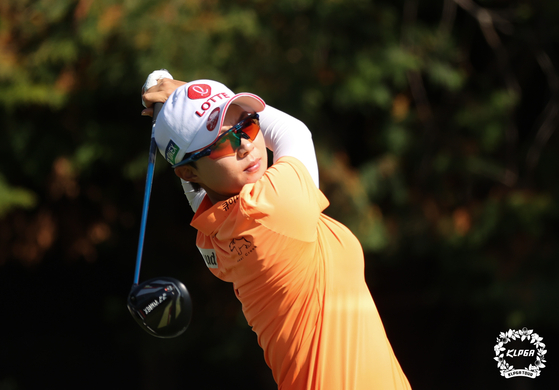 Kim Hyo-joo tees off on the fourth hole of the SK Networks Seokyung Ladies Classic at the KLPGA Tour at Pinx Golf Club in Seogwipo, Jeju on Sunday. [KLPGA]


“I wasn’t nervous even when I missed because I was only thinking about the target score I had set for myself. I think that’s why I was able to bounce back. Even on the last hole, I don't think I would have been able to play my second shot with as much confidence if I was focused on winning."

“The thing that I love most is golf, that’s why I have fun playing through all ups and downs.”