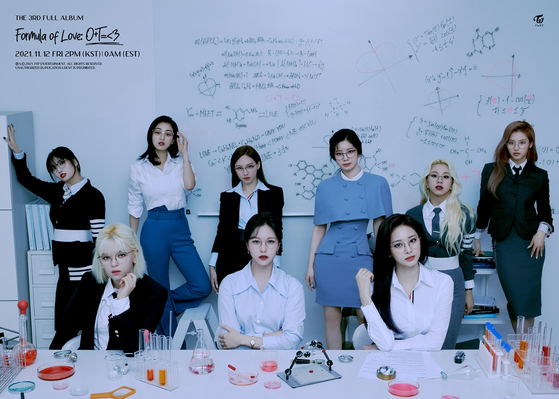 Its agency JYP Entertainment released four photos of the group ahead of the release of its third full-length album “Formula of Love: O+T=〈3.” The album’s title track is called “Scientist.”

In one photo, all the members appear in office attire, while in others they look more playful.

On the day of the release, the group will host a live comeback session at noon before the album drops at 2 p.m.