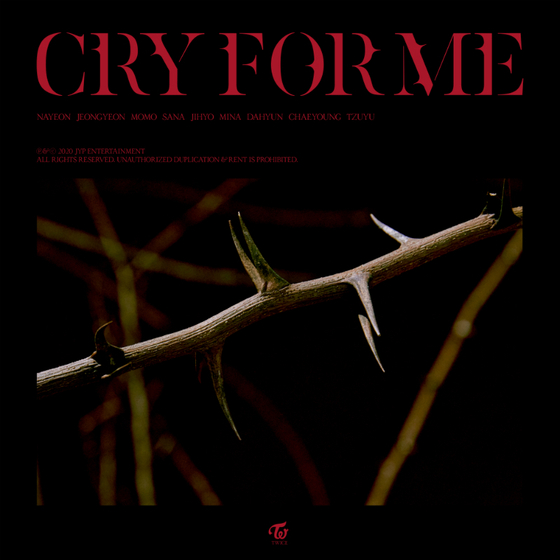 The image for the upcoming song ″Cry for Me″ by Twice. [JYP ENTERTAINMENT]


Girl group Twice will drop a single titled “Cry for Me” on Dec. 18.

Prior to the release of the song, the group will unveil a variety of content to create some hype among the fans.

The song debuted during the 2020 Mnet Asian Music Awards, more commonly known as MAMA, when the group performed it for the first time along with other songs such as “More & More” released in June and “I Can’t Stop Me,” which came out in October.

The stage performance of the song has garnered over 6.9 million views on YouTube as of 1 p.m. on Friday.

The song depicts the confused feeling of going back and forth between feelings of love and hatred.