The Eternals, who are supernatural beings that have existed on Earth for 7,000 years, gather in the present to prevent a mysterious phenomenon called the "Emergence" in Chloé Zhao's Marvel film "Eternals." [WALT DISNEY COMPANY KOREA]

“I think there’s quite a bit of similarity between ‘Nomadland’ and ‘Eternals’ if you look closely,” Zhao said during an online event with the Korean press Friday. “In ‘Nomadland,’ it’s one person’s journey but the way the camera captures nature is also trying to tell the relationship between her [Fern, the protagonist in 'Nomadland'] and something bigger and that helps her to feel like she’s part of that, helps her to heal. ‘Eternals’ is also telling a very big and cosmic story and examined big ideas and questions we have about humanity through one very dysfunctional family and the relationship they have with each other.”

“Eternals” is the second theatrical film in Phase Four of the Marvel Cinematic Universe (MCU) after “Black Widow” (2021). The story begins in 5,000 B.C. when godlike beings called “Eternals” arrive to Earth to protect human civilization from apex predators called the “Deviants.” After ridding the world of the Deviants, they live anonymously among humans for 7,000 years until the Deviants are spotted again after the “Emergence.” The "Emergence" was set in motion after the Avengers returned half of all living things back to Earth after their ultimate battle with Thanos in “Avengers: Endgame” (2019). 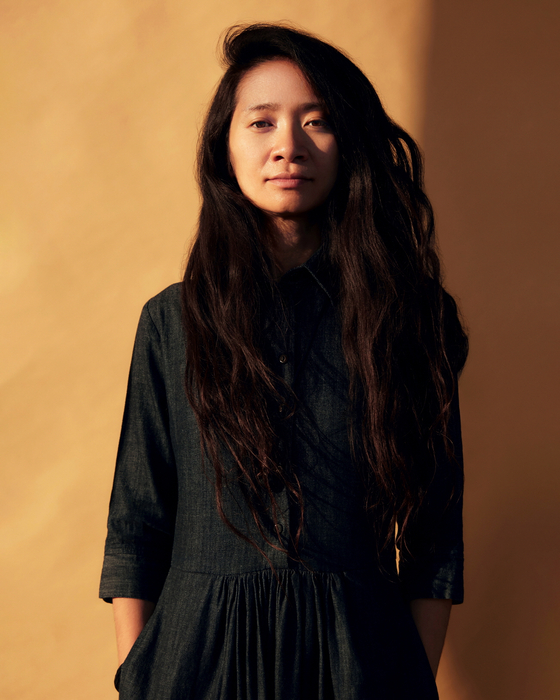 
Zhao gave some insights into connecting the superheroes who were on the peripheral to the mainstream MCU.

“I think we’re trying to follow Jack Kirby’s spirit when he created these characters because I think, at that time, there were a lot of very popular comic book heroes and popular narratives, and Jack decided to take a step aside and create a group of immortal heroes that had no connection to these mainstream heroes,” Zhao said. “The reason why he did it is because sometimes you need to take a step back or step aside to gain new perspective. There’s some different type of existential questions he wanted to explore and for ‘Eternals’ I was very encouraged by Marvel Studios to do the exact same thing and other than Thanos and what he did at the end of Infinity saga — there’s nothing else that we needed to abide to and so therefore the very being of this project existed on the peripheral.” 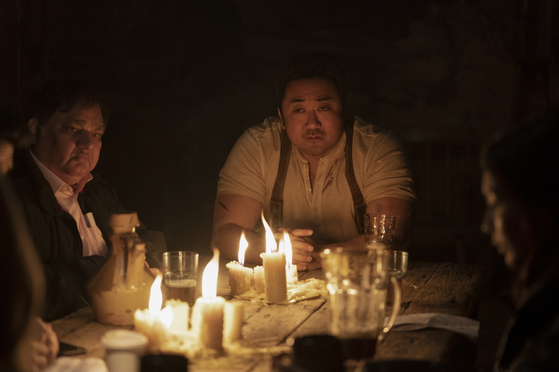 
As actor Ma Dong-seok, who is better known as Don Lee in the U.S., mentioned in a prior press event, Zhao was entranced by the actor’s action sequences in the 2016 film “Train to Busan,” as well as his sense of humor.

“In every culture there’s a strong man,” Zhao said. “The exception for this character [is that] this is the original strong man that has inspired many, many men around the world and we are all a big fan of this movie, ‘Train to Busan’ and Don had left such a big impression on the Western audience through that movie because not only is he an action hero, he has such a great sense of humor and charisma and that’s what we wanted to bring. Because a lot of times, [in] big action movies the strong men are sometimes without a lot of personality and we really wanted Gilgamesh [Ma's character] to have a sense of humor.

“We very much listened to him to guide us with the action because I think he’s more knowledgeable than me. Also the slapping — [we included] his signature move because we wanted to pay tribute to his legacy.”

Kit Harington, a former “Game of Thrones” star joined the MCU in this film as the relatively mundane character Dane Whitman who finds out that his girlfriend Sersi (played by Gemma Chan) is a supernatural being who’s been alive for 7,000 years. Dane accepts this news relatively well, the quality which Harington says he found most attractive about his character. Harington was also present at the press interview Friday. 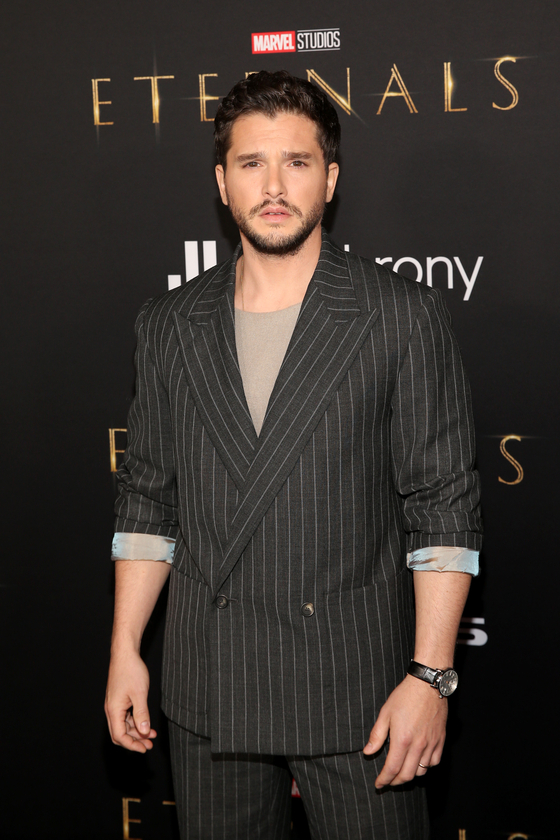 
“I think Dane is an interesting one because he’s not thousands of years old, he’s 34 years old but what I love about him and what might speak to something about him [is that] he wakes up to that powerful individual [an Eternal named Ikaris who used to date Sersi], locks eyes with him and goes toe-to-toe with him and exchanged comment with him so there’s something about him that isn’t maybe just your average human.”

Harington hopes that his character has room for growth in the future. In the original comics, Dane turns into the superhero “Black Knight,” whose power stems from a cursed mystical sword which he inherits from his ancestors.

“I obviously did my Googling and my research and I read up on who this guy was and a lot of things on the Internet and the background research I could do interested me a lot,” Harington said. “But then it really is just about this film and who I am in this film rather than looking too far ahead. I genuinely live in the present of any project I’m doing, otherwise I set myself up for a possible disappointment. I hope this goes further [...] I think he’s a really interesting character to delve into so we’ll see. I’d really like to take him further.”

Zhao hopes that her audience will be able to love, forgive and be compassionate toward others, which is what she tried to portray in this film.

“Personally, if you were to ask me my top priority that I would like [for the audience] to take away, it would be to have strength, to choose love and to not be afraid to choose compassion and forgiveness, and to know that this quality is actually the greatest strength a human being can have.”