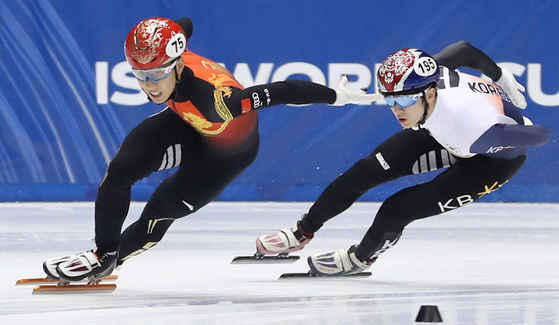 
Korea left the second round of the 2021–22 ISU Short Track Speed Skating World Cup without a team gold medal on Sunday. 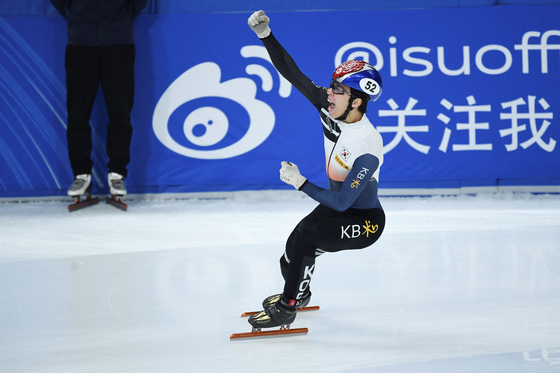 Hwang Dae-heon celebrates after winning the men's 1000-meter final of the 2021-22 ISU World Cup Short Track at the Capital Indoor Stadium in Beijing on October 24. [AFP/YONHAP]

Park and Seo joined the World Cup roster at the last minute, in place of Olympic medalists Shim Suk-hee and Choi Min-jeong.

The top six skaters from the national team selection competition that took place on May 6 were supposed to compete in the World Cup. As Shim and Choi both earned a total of 99 points to top the table in May, they were qualified for the four-series ISU World Cup.

However, Shim was excluded from the World Cup series roster after the release a series of text messages sent to a coach during the 2018 Olympics that included insults directed at teammates and what some believe is a reference to possible race fixing.

Choi, on the other hand, competed in the first round in Beijing from Oct. 21 to 24, but missed out on the second round due to an injury from the first round. 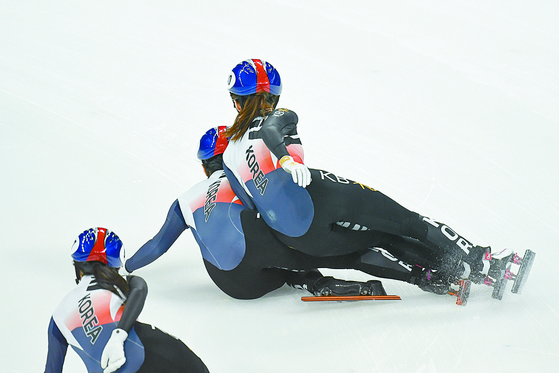 
The men's team finished last in the men's 5000-meter relay final, with a time of 7:08.798, 15 seconds behind fourth-place Italy. Korea started the race in the lead but slipped toward the end of the match to finish last.