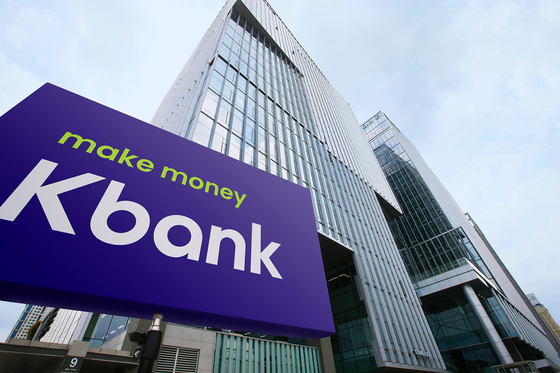 
Kbank posted 16.8 billion won ($14.3 million) in net profit in the third quarter, raising expectations the internet-only bank may turn to profit this year for the first time ever.

The country's first internet bank has been in the red every year since its formation in April 2017.

In the first three quarters of 2021, the bank logged 8.4 billion won on a net basis. It is the first time the company generated profit in any year through September.

The bank said increased loan-deposit margins led earnings growth. It has mostly been a profitable year for local banks as households and companies borrowed heavily under expansionary monetary policies introduced to keep the country's economy from stagnating.

According to Kbank, its net interest income increased by about five-fold on year in the third quarter from 10.3 billion won to 50.2 billion won.

A growing user base also boosted earnings. A partnership with Upbit, the country's largest cryptocurrency exchange by trade volume, led to a jump in Kbank’s client count. Traders at Upbit need accounts in their own names provided by Kbank for won-based trading.

"As more people get to know about the services offered at Kbank through Upbit, it's true that users for a range of our services grew," a spokesperson from Kbank said.

The partnership led to growth of the bank's non-interest income.

"We plan to diversify our deposit and loan product offerings to further improve our loan-deposit margins and expand commission businesses," said Suh Ho-sung, CEO of Kbank in a statement. "We also hope to fulfill our responsibility as the country's first internet bank by expanding loans to customers with poor credit." 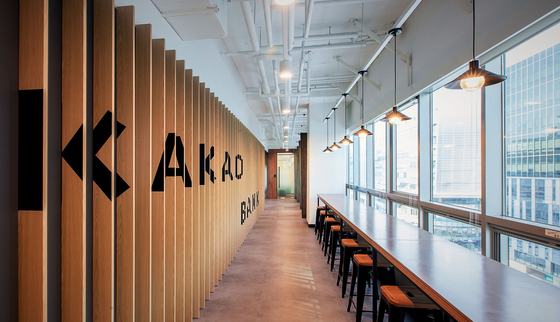 
On Tuesday, KakaoBank announced 52 billion won in net profit in the third quarter, a 28-percent on-year increase, as its user base grew.

Through September, the company logged 167.9 billion won in net profit, a 95.6 percent jump on year.

The bank said it plans to introduce mortgage next year.