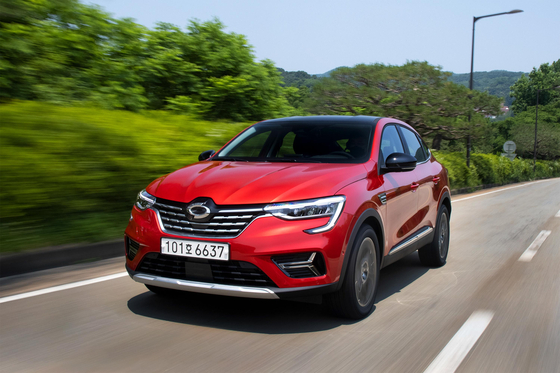 Contact-free lifestyles have become the new normal since the Covid-19 outbreak. In keeping with the social distancing guidelines, people work from home, meet virtually, use electronic payment systems and order delivery food instead of going out to restaurants.

Naturally, online shopping is booming as well — even cars are sold online these days.

The domestic e-commerce car market dates back to 2016 when Renault Samsung Motors launched Korea’s first online car purchase platform for its QM6 SUV. Customers could get an estimate on cars and pay subscriptions through the platform.

Renault Samsung has continued to expand the platform ever since. In February 2020, the carmaker took pre-orders for the XM3 SUV via an online channel, partnering with Naver Pay. Zoe, Renault Samsung’s electric vehicle, was also sold through GS My Shop in July.

The e-commerce platform is particularly welcomed among the younger generation. As millennials and Gen Z tend to prioritize self-expression and prefer virtual consultation, online shopping fits their preferences and needs well.

In-car payment systems are also gaining popularity amid the non-contact trend. Drivers can order coffee or pay for parking through wireless transactions without leaving their cars.

Equipped in the XM3 compact SUV, Renault Samsung’s in-car payment system is a step ahead in terms of practicality, the carmaker said.

Renault Samsung signed a partnership with the e-commerce platform start-up Owin, to expand its in-car payment service to a wider range of stores varying from gas stations to coffee shops.

When the payment is made through the Owin app installed in the XM3 infotainment system, the navigation system will show directions to a drive-thru store.

In addition, Renault Samsung adopted over-the-air, or OTA technology to send an update for built-in software such as navigation and driving assistance systems through wireless communication.