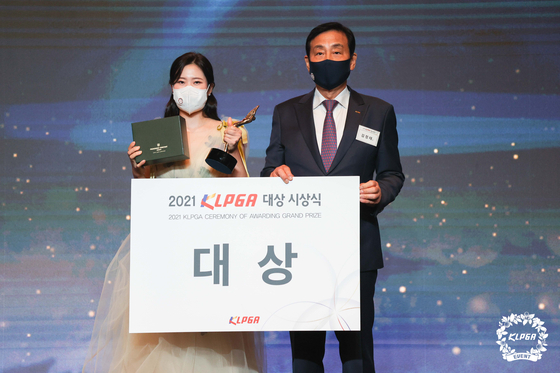 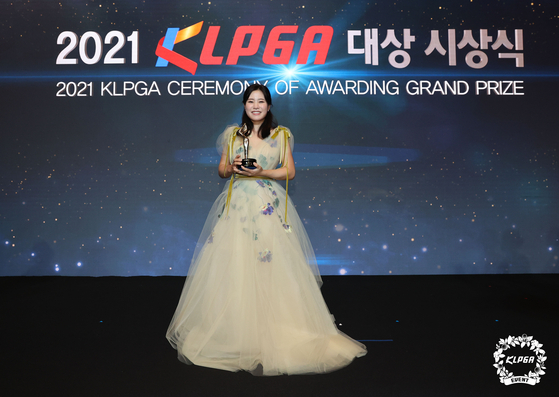 
The 2021 KLPGA awards ceremony took place at Grand InterContinental Seoul Parnas in Gangnam, southern Seoul on Tuesday, with Park Min-ji being named the KLPGA Player of the Year after winning six titles this season.

The KLPGA season ended on Nov. 14, when Ryu Hae-ran won the last tournament, the SK Shieldus-SK Telecom Championship 2021. This season, a total of 29 tournaments ran from April to November, six of which were won by Park. Her six titles put her at the top of the points standings to earn the Player of the Year title.

Park picked up her first win in April at the Nexen Saint Nine Masters 2021 and her second at the 2021 NH Investment & Securities Ladies Championship. Park's third win came a week after her second, at the Doosan Match Play Championship. Her fourth win came at the Celltrion Queens Masters Open, after she sat out the Lotte Open to rest. Park picked up her fifth win at the DB Group Korea Women's Open in June, then won her sixth title at the Daebo hausD Open.

“I've never even dreamt of winning the Player of the Year award in five years on the Tour,” said Park. “It feels like a dream, I am also grateful and happy to have many top-10 finishes this year.

“So many things that are memorable this season. I remember all my six wins but the thing that sticks with me the most is the time I hit 10 strokes on one hole. I had a hard time getting over that one, it felt as if the world was coming to an end.”

At the Dayouwinia MBN Ladies Open in August, Park carded a quintuple bogey on the sixth hole on the first day because she mistakenly played a provisional ball without announcing after her first seemed to be out of bounds. Park failed to make the cut at the event and her three-win streak was cut short.

“My aim is to win one next year,” said Park. “I will think about my next goal once I have that one win. I still have lots more to learn. I want to refine my short play and shots.” 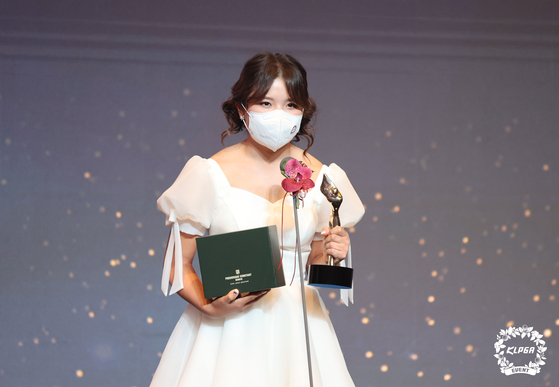 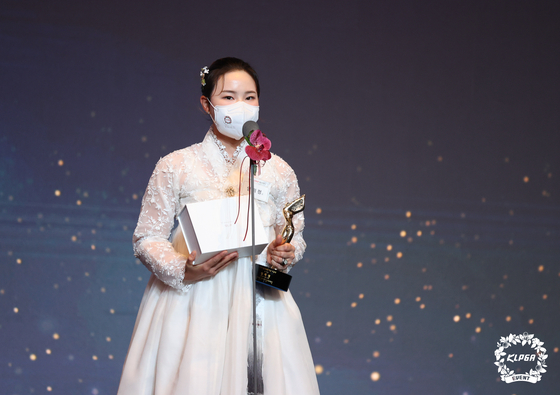 
Song Ga-eun was named Rookie of the Year, Jang Ha-na was awarded for the lowest average number of strokes, Lim Hee-jeong was made Most Popular Player of the Year and Kim Su-ji won the Most Improved Player Award.