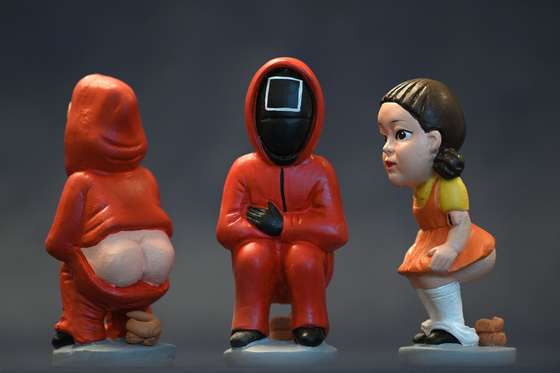 Characters from hit Netflix series “Squid Game” have been made into typical Catalan Christmas ceramic figurines called "El Caganer," which literally means "the pooper." Statuettes of well-known people defecating are a Christmas tradition in Catalonia, dating back to the 18th century. Catalans hide "caganers" in Christmas Nativity scenes and invite friends to find them. Other Korean celebrities like Psy have also been made into such figurines. [AFP/YONHAP]