Chip companies comply with U.S., but not completely

Chip companies comply with U.S., but not completely 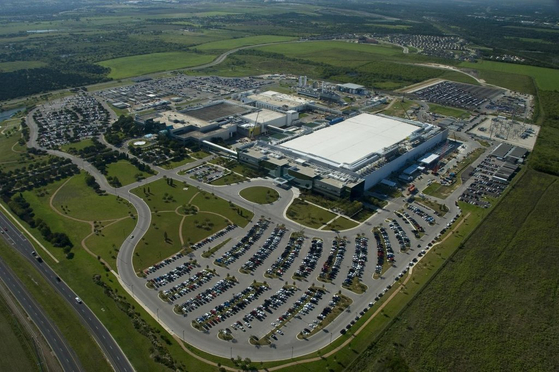 
Samsung Electronics and SK hynix submitted filings on their semiconductor businesses requested by the U.S. Department of Commerce, but left out sensitive customer information.

That was in line with decisions by other chip giants like Taiwan’s TSMC, as the companies decide between the importance of non-disclosure agreements with their customers and the U.S. government’s efforts to unclog the ongoing supply crunch for chips.

“We’ve filed the survey in accordance with the guidelines set by the Commerce Department,” said a source at Samsung Electronics.

“But we decided not to disclose information that is restricted by terms of agreements after consulting with the Commerce Department regarding the matter,” the source said.

The submissions came after the U.S. made a request in September to major chipmakers, including Samsung Electronics, Intel and TSMC, for sales figures, inventory totals, the names of their largest customers and how much of their production each buys. A deadline was set for Nov. 8.

Some chipmakers balked at the request, claiming that the scope of the information requested went into the realm of trade secrets.
SK hynix, the world’s second-largest memory chipmaker, also sent answers to the Commerce Department, although the Icheon, Gyeonggi-based supplier excluded what it considers “confidential data.”

“We responded to the inquiry to the extent that we don’t damage the trust of our customers,” a source at SK hynix said.

In an apparent attempt to justify the omission, the chipmaker stressed its own business focus on memory chips, which are not currently in short supply. Demand for so-called system chips including microprocessors and microcontrollers have outpaced supply.

It remains to be seen whether the Commerce Department will take additional steps to pressure the chipmakers to cough up the omitted information.

The Biden administration indicated that it could use the Defense Production Act to penalize companies that fail to comply with its initiative.

The Defense Production Act gives the U.S. president the authority to direct private companies to work with the government in providing essential goods.

U.S. Commerce Secretary Gina Raimondo said that if the data wasn't "good enough," further action may be needed in an interview with Reuters on Tuesday.

The trade minister flew to the U.S. on Tuesday to meet with Raimondo to discuss ways to resolve the global supply problem for chips.

Against that backdrop, business leaders based in Korea and the U.S. issued a statement Tuesday calling for the protection of sensitive business information.

Members of the Korea-U.S. Business Council and the U.S.-Korea Business Council cited the need to “refrain from requesting sensitive business and confidential trade information from like-minded countries,” in a statement released after the two lobbying group’s annual meeting.

They also called on the Korean and U.S. governments to enhance supply chain resiliency in key areas including semiconductors, electric vehicle batteries and pharmaceuticals.