Korean passports will be getting an upgrade from next month

Korean passports will be getting an upgrade from next month 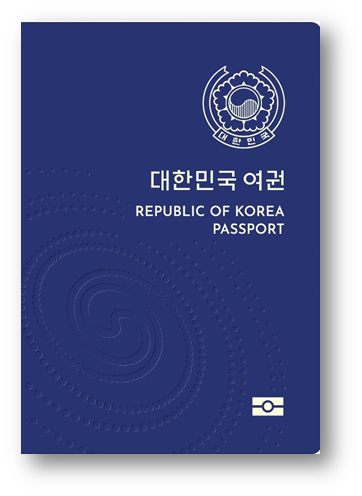 New outer design of Korean passports to be issued from Dec. 21 [MINISTRY OF FOREIGN AFFAIRS]


Starting next month, Korean passports will have a new color, be made with sturdier material, have more pages designed with national treasures, and do away with the resident registration number on the ID pages, the Foreign Ministry said Thursday.

“The renovation will help better protect the identification information of our citizens, especially as we get ready to live with the coronavirus pandemic and expect more citizens to again start traveling abroad after their vaccinations,” the ministry said in its statement. “The renovated passports will also help us fight attempts to copy or falsify passports.”

Previously made with a type of paper, the new, sturdier material is polycarbonate, a type of thermoplastic that is heat-resistant and can be found in some electrical hardware, construction materials and even cars and aircrafts. It is also found in some government-issued IDs or credit cards.

The passport’s outer design, which used to be green, will now be blue. The first page inside the passport, designed by Seoul National University college of fine arts Prof. Kim Su-zung, depicts Korea’s national treasures including porcelains, pagodas, palaces, crowns and more. 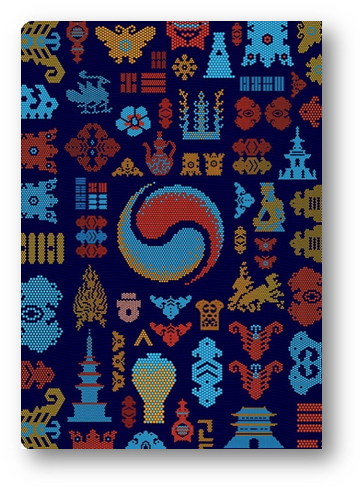 The number of inner pages for the 10-year passports will be expanded from 48 to 58, and, for the five-year passports, from 24 to 26. The pages will feature at least 20 different national treasures, according to the ministry. The previous version had just two different designs for the pages.

The new passport design will be used for all passports from Dec. 21, though changing a valid passport is not required.


Anyone who wants to be issued the older version will still be able to request it during the next few years, as long as there is enough old passport material in stock, the ministry said.

“Our data tells us there are some 4.1 million citizens whose passports have either expired or will expire within the next 6 months,” said a ministry official during a meeting with a group of reporters at the ministry headquarters on Thursday. “We made the renovations before these renewal applications would start coming in as more people prepare to travel.”

In a pilot program, the ministry started issuing the new passports to diplomats and officials from last December.

Last time Korea revamped its passports was in 2008, when it started inserting an electronic chip inside the passport that would contain the same information printed on the passport’s data page. The existence of the chip makes it harder to forge passports. 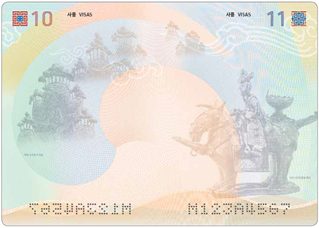 The older versions of Korea's passports [MINISTRY OF FOREIGN AFFAIRS]