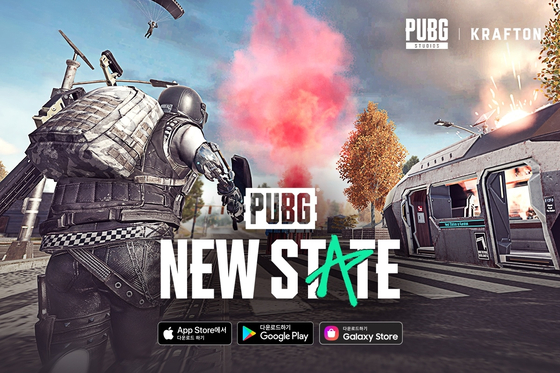 The game was downloaded by 10 million users within two days of release and hit 20 million downloads on Monday. PUBG: New State was released on Nov. 11 in 200 countries and territories.

PUBG: New State is an online first-person shooting (FPS) game and the latest addition to the PlayerUnknown’s Battlegrounds (PUBG) franchise, which has been proving popular with international game players.

While other Korean game companies mostly target local game players, the PUBG franchise is developed with a global audience in mind.

During the first half of the year, 94 percent of Krafton’s revenue was generated from outside of Korea. Of that amount, 87 percent came from Asia, with India standing as the largest market.

PUBG Mobile India proved a success, recording 50 million downloads within 44 days of its release on July 2.

The company reported a record 521.9 billion won ($442 million) of revenue in the third quarter.