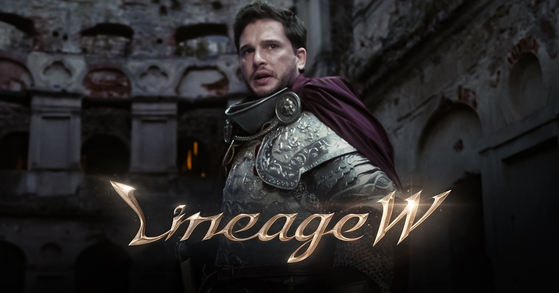 
Lineage W, the latest online game from NCSoft, emerged as the top mobile game on both the Google Play and the Apple App Store game charts in the first week of release, signaling an improved outlook for a company that’s been struggling to hold the loyalty of its base.

Lineage W — the newest online massively multi-player roleplaying game (Mmorpg) available for mobile devices, computers and consoles — was released on the morning of Nov. 4 with mixed expectations from game players and analysts.

While analysts speculated that the latest addition to the Lineage family could bring NCSoft back up on game charts, users remained skeptical as to whether the company could really break free from the so-called pay-to-win system that squeezes them for money.

NCSoft has been bashed by game players since earlier this year for charging users extra for better items within the games to beat others — which is referred to as the pay-to-win business model — and using the model in many of its online games.

In order to win back game players, NCSoft announced in September during a showcase for Lineage W that it will reduce the use of the pay-to-win system in the new game. But details were sparse, disappointing users.

The stock has been choppy, rising slightly since early October but still down almost 40 percent from its record, achieved in 2020, above 1 million won ($849.4).

Users complained that the game is not much different from the existing Lineage mobile games, especially in terms of the pay-to-win feature.

“Honestly, it’s like they’ve taken the Lineage M game and just flipped the M to W,” reads one comment posted on Nov. 5 on the Google Play Store review section. “This doesn’t try to make you spend money after you’ve had fun. It just makes it impossible for you to play so that you’ll have no choice but to pay.”

“Have they learned nothing from Trickster M and Blade & Soul 2?” read another comment posted on Nov. 4. “People are going to think that this is the only kind of game that NCSoft is planning to make, and that’s why the stock price is falling.”

Despite harsh reviews, Lineage W continues a winning streak on both Apple and Google's game charts as of Tuesday.

Odin: Valhalla Rising, from Kakao Games, has been sitting atop game revenue charts since its release on June 29, pushing down the Lineage M and Lineage 2M mobile games. This meant hardship for NCSoft, because 80 percent of all its revenue comes from the Lineage franchise.

But Lineage W has overtaken Odin.

It was No. 1 on Apple’s iOS App Store daily game revenue chart on Nov. 4, the day of the release, and also took the No. 1 spot on the Google Play Store’s games chart on Nov. 6. It still leads both charts as of Tuesday.

Analysts estimate that game players spent an average of 16 billion won every day during the first four days of Lineage W’s release, surpassing the former record of highest single-day revenue of 10.7 billion won spent on Lineage M in 2017.

Odin is said to have grossed in 7 billion won on the first day of release and an average of 3.2 billion won each day during the third quarter.

“Lineage W has kicked off smoothly despite concerns,” read a report by Hyundai Motor Securities on Tuesday. “Lineage M and Lineage 2M are No. 2 and No. 3 spots on mobile game charts, which will generate more revenue for the company.”

Lineage W faces a new rival, the PUBG: New State mobile shooting game, which will be released by Krafton on Thursday.

PUBG: New State is the successor to its global megahit PlayerUnknown’s Battlegrounds (PUBG) and will be launched in 200 countries and 17 different languages.