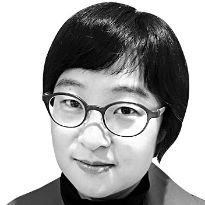 Song Jie-wuh
The author is a professor at the Seoul National University Department of Political Science & International Relations.


Survival reality programs have become commonplace on TV. When “I Am a Singer” first aired 10 years ago in Korea, many viewers were uncomfortable watching established singers competing against one another. The controversy no longer exists today. Survival system has become a norm to decide the winner and losers in entertainment.

The trend has spilled over to Korean society in general. Young people who are the center of attention by politicians are used to brutal rules of the survival world. Even if they survive the competition, it is uncertain if they will be rewarded. From sky-high housing prices to dangers from climate change, various challenges have made planning for the future difficult, let alone having hope. They are the unfortunate generation, living under harsh rules and yet unsure of receiving rightful gains.

Presidential candidates from both the ruling Democratic Party (DP) and main opposition People Power Party (PPP) fail to win over the hearts of the young. Given their platforms on the young, both promise fairness. The direction is right, but how fairness can work as an election slogan is questionable.

Fairness can be defined in narrow and broad terms. In narrow terms, fairness is whether rules of a game are upheld without foul play. PPP candidate Yoon Seok-youl specifically promised to punish violations of fairness in college and job admissions.

The promise may sound convincing, given a string of scandals related to university and job admissions.

In a death game, banning foul play also can be fair. Players in a life-or-death competition also could argue that they had at least prevented foul play. Banning foul play for young people living in a highly competitive system cannot be a great relief.

A broader meaning of fairness must be established. Yoon’s promising a “fair starting point” or DP candidate Lee Jae-myung’s fairness in real estate market will mean a change of rules in the game. John Rawls theorized the concept of justice in his book “A Theory of Justice.” He proposes a social contract system where the society comes to an agreement in distributing the fundamental rights and duties efficiently.

He not just proposes to change the rules of the death game, but also include the choice not to distribute the spoils through a death-game system.

Under the broad concept of fairness, the views of the young would be diverse according to gender and class. The presidential candidates should be able to clearly explain their views on fairness when they confront a 20-something who believes the Ministry of Gender and Family Equality must cease to exist and another who calls for stronger gender equality.

Although fairness is spoken commonly during the election season, the thoughts on justice by the candidates are ambiguous. As the March 9 election nears, they bundle up the concept in flowery expressions to avoid giving a clear answer or are tempted to resort to a divisive contest.

Even when candidates overcome temptations and expound eloquently on justice, their vision without guarantee on tangible results cannot sound convincing to young people leading hard lives. The young have come to adapt to the conditions without trying vainly to break and change the harsh reality. They instead takes chances and invest in the stock or cryptocurrency markets in a dreamy pursuit of fortune.

The individualistic survival path needs to be accepted as their reasonable choice. To convince the young with a broader justice concept, candidates must be able to present cooperation as a reasonable alternative. Choices cannot change without changes in the conditions. If there is a politician who tries to persuade voters about the broad concept of justice despite the slow progress, there may yet be hope in the current election.

Digging up the original sins (KOR)