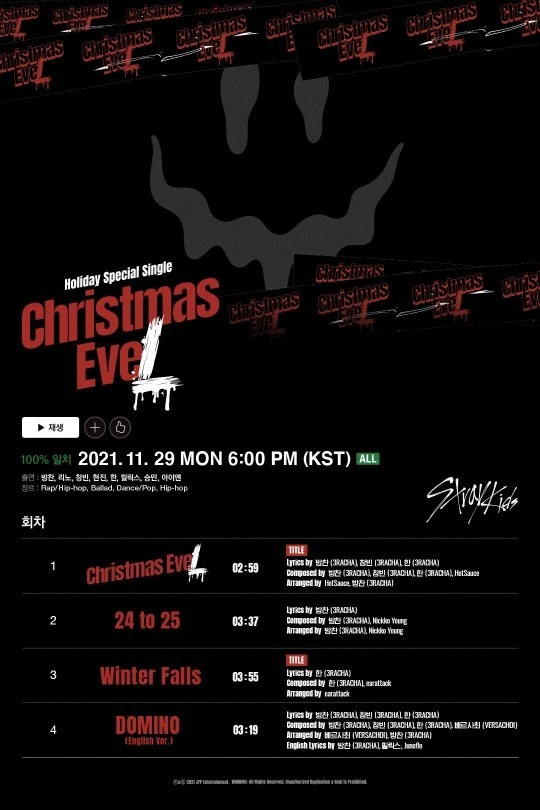 
Boy band Stray Kids continues to release more teasers, including the track list, for the upcoming release of its special EP “Christmas EveL” on Nov. 29.

Stray Kids released the track list for its upcoming EP on Friday through its social media channels. The new EP will have four songs, with two of them as lead tracks. “Christmas EveL” and “Winter Falls” are the lead tracks, and “24 to 25” and the English version of “Domino,” which was released as part of its second full-length album “Noeasy,” will also be on the EP.

The new EP was made to thank fans for the love they have shown for its previous album “Noeasy,” released in August. The new EP will drop at 6 p.m.on Nov. 29.