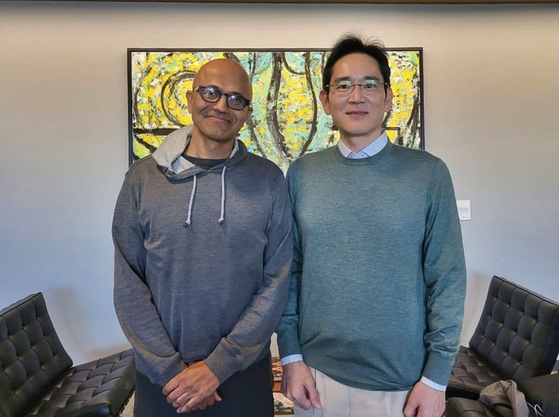 
Samsung Electronics may disclose the final location of its new $17 billion U.S. chip plant in the upcoming week, after its vice chairman Lee Jae-yong met with key officials from the White House and U.S. congressmen to discuss semiconductors and tax incentives.

Lee was invited to the White House on Friday in an “extremely rare case where it has called a foreign company to talk individually with chiefs of staff,” according to industry insiders on Sunday. The company did not confirm which officials Lee met with.

During the meeting in Washington D.C., Lee is said to have shared his final decision on where the new foundry factory would be built and explained detailed plans of the construction and operation to the White House officials.

“Lee is likely to announce the official decision in the upcoming week,” an anonymous source from the U.S. Congress said.

While the company would not confirm which candidate was the frontrunner, progress was reported at one of the possible locations for the chip plant.

On Nov. 15, the Taylor Independent School District approved a tax incentive package for the factory. Samsung Electronics applied in July for the tax break from the school district to build a factory on a site some 60 kilometers (37 miles) from its existing Austin factory.

On Thursday, Lee met with members of the U.S. Congress, asking for their cooperation in passing laws regarding incentives for semiconductor manufacturers.

During the weekend, Lee also met with Satya Nadella, the CEO of Microsoft at the tech company’s headquarters in Washington.

Samsung Electronics did not confirm when Lee will fly back to Korea, but he will need to be back in the country and tested for Covid-19 before his trial on Thursday.

He has been attending court hearings every Thursday since being released on parole in August. A hearing was not held last week due to the CSAT exams.