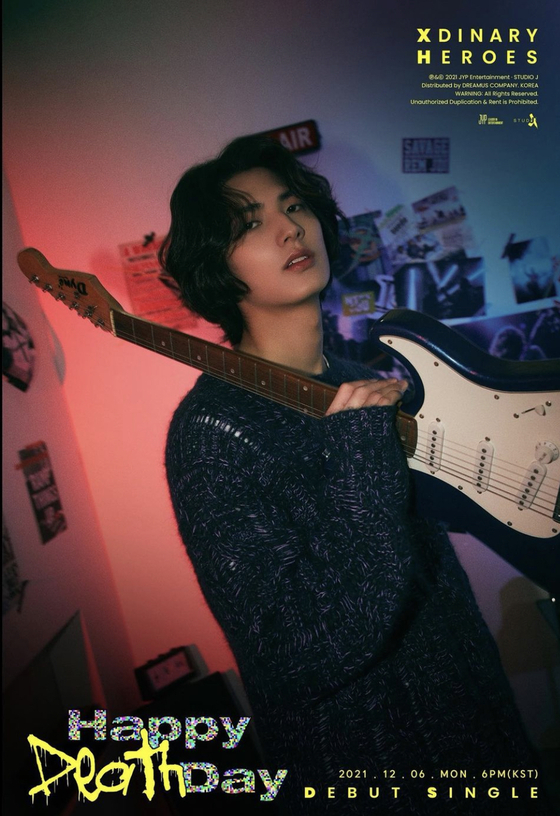 
JYP’s new boy band Xdinary Heroes will debut on Dec. 6, according to the agency on Monday.

The six-member band will release its first digital single “Happy Death Day” at 6 p.m. The new band hopes to share its own analysis on its birth in December, the last month of the year, and death.

Its name Xdinary Heroes is a shortened version of “extraordinary heroes,” to symbolize that anyone can be a hero.