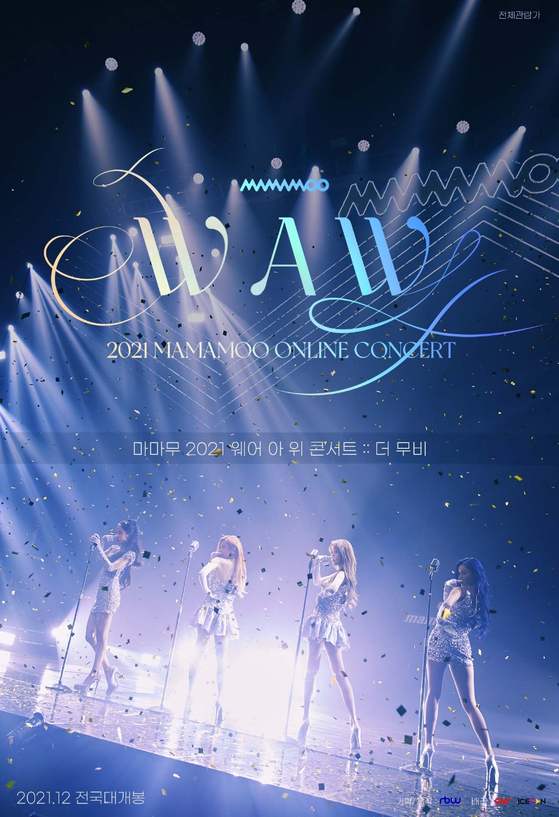 Footage from girl group Mamamoo's solo concert will be on the big screen from Dec. 3.

According to the group’s agency RBW, the movie “Mamamoo WAW Concert The Movie” that shows scenes of the group’s solo concert from August will be available for viewing at 39 CGV theaters across the country.

“Mamamoo WAW Concert The Movie” was held online and was made in celebration of the seventh anniversary since the group’s debut.

“The movie not only has recorded the actual concert, but also the process of each and every member preparing for the event, so it will be a special gift to fans,” the agency said.

The new movie is 102 minutes long and includes the group’s performances to 25 hit songs from the past and the performance for “Where Are We Now,” a lead track of its most recent EP “WAW” released in June.