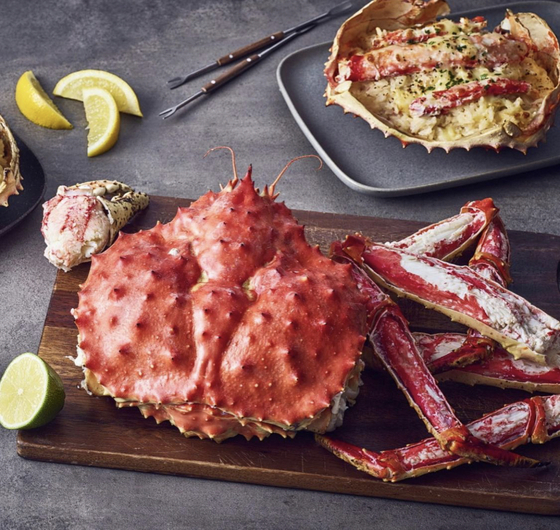 
Korea is one of the only countries with a system to import live crab all the way from Norway, according to the director of the Norwegian Seafood Council for Korea and Japan John Kvalheim.

Because consumers in Korea value high-end, fresh seafood, imports of Norwegian seafood has been growing. alive.

From January to October this year, exports of seafood from Norway to Korea increased by 34 percent on-year to reach almost 68,000 tons. The surge follows a 17 percent on-year increase from 2020. While a large portion of imports is mackerel and salmon, premium king crab is also popular.

“It can be quite demanding to [keep] them alive, and congratulations to Korea,” said Kvalheim during a press conference held by the Norwegian Seafood Council last month.

King crab from Russia is commonly used in restaurants, so the Norwegian Seafood Council decided to host some pop-up events in conjunction with local chefs and culinary talents in a bid to promote crab from Norway.

The council is also preparing to introduce another variety of premium seafood next year — langoustine. Korea is now the 12th largest consumer of Norwegian seafood.

To make sure quality products are being exported from Norway, Korea has dispatched inspectors to the country, one of the only two countries to do so. The other country is Japan.

How not to protect human rights (KOR)