The Seoul Global City Competitiveness Forum 2021, held on Nov. 24 and co-hosted by Seoul City and the JoongAng Ilbo, an affiliate of the Korea JoongAng Daily, showed that urban competitiveness has become even more vital in today's hyperconnected world.

Seoul, however, has been being pushed back on the competitiveness index by other cities over the past decade. Based on the Global Cities Index (GCI), assessed by the global management consulting firm Kearney, for instance, Seoul placed 10th in 2010, but fell to 17th in 2020 and stayed put for 2021. As for the Global Financial Centres Index (GFCI), published twice a year by Britain’s commercial think-tank Z/Yen, Korea's capital city ranked 16th in March and 13th in September this year, but this still pales in comparison to back when it made the top 10 for eight consecutive times starting from March 2012.

Will Seoul actually be able to rank in the top five global cities, as asserted by Mayor Oh Se-hoon in his Seoul Vision 2030?

Mayor Oh and Tyler Cowen, professor of economics at George Mason University who was named among the Top 100 Global Thinkers by Foreign Policy Magazine and the Top 36 nominations of the world's most influential economists by The Economist, discussed strategies and the prospects of Seoul becoming one of the top five global cities via email with the JoongAng Ilbo.

Following are edited excerpts from their answers. 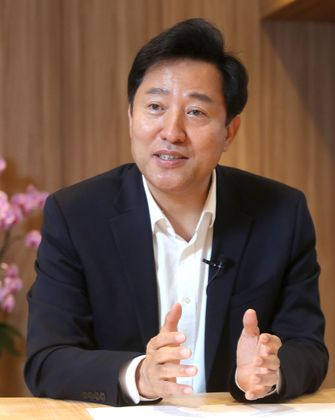 Q. How would you view the components or essentials of urban competitiveness?


A. Oh: To put urban competitiveness in another way, I think it is the charm of a city. A city where people want to live, visit, work and invest — in other words, a city where people, companies, money, technology and information flock is competitive. In that sense, I agree with Professor Cowen’s opinion that Korea’s future depends on entrepreneurship.

Seoul is also making efforts at all angles to create a good corporate environment. Plans such as to set up an investment board or a domiciliation without language barriers go hand in hand [with such goals].

Cowen: The first of course is good jobs in a city. A city is fundamentally a labor market. Then you need good schools. Cultural amenities. Manageable public transportation. And finally, affordable real estate is looming larger as a factor every day. With work from a distance growing much easier, cities have to compete much more if they are going to keep their populations and also their tax bases.


How would you evaluate Seoul's status over the past decade?


Oh: Seoul’s urban competitiveness, future competitiveness and financial competitiveness have fallen sharply over the past decade. Ten years ago, Seoul was ranked among the world's top 10 competitive cities. With a little more effort, there were expectations and dreams that Seoul would become one of the world's top five cities, on par with New York, London and Paris, but it missed the opportunity to leap due to lack of strategy and unnecessary regulations. However, Seoul has potential as a global financial hub in addition to having the world's best IT infrastructure and advanced fintech technologies.

Cowen: Seoul is indeed one of the best and most livable cities in the world. It is a highly desirable location, with one of the best infrastructure and transport networks, and wonderful cuisine. The main problem is simply the cost of living. Seoul runs the danger of pricing out many potential inhabitants. Of course, in part this reflects the previous success of the city, but still it would be unfortunate if Seoul ceased to be a major instrument of Korean upward economic mobility. 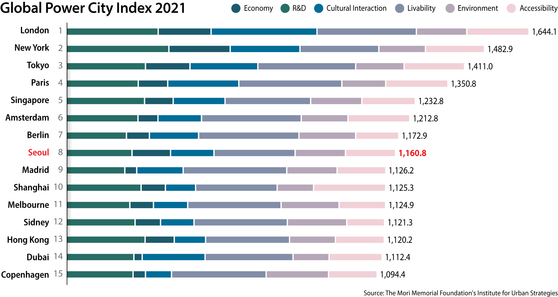 What strategies do you think are needed to boost Seoul’s competitiveness?


Oh: "Seoul Vision 2030" contains plans to develop Seoul into Asia’s economic hub as well as a city of growing start-ups, emotional culture and tourism, and industry converged with innovation. Restoring the broken hierarchical mobility ladder is also an important task. Through unmanned, advanced and intelligent strategies in preparation for the fourth industrial revolution, we will dominate the strategic superiority in the rapidly changing future industrial environment.

Cowen: It is not easy, as the city is already quite built up, but right now the main problem in Seoul is to have more affordable housing. More generally, Seoul should continue to encourage its start-up scene to develop, but this has been on a good track for some while now and I am optimistic about the future prospects in this area.


What are the strategies or policies needed for Seoul to become a financial hub?


Oh: Recovery of urban competitiveness is difficult to achieve without financial competitiveness. Before waiting for full support and deregulation from the central government, the Seoul Metropolitan Government intends to wage an all-out war through its own projects.

First, we will set up a Seoul investment board and provide a one-stop support system, covering office spaces to rental fees, legal, investment, and consulting for [financial] companies attracted through this. Second, following the “Seoul Fintech Lab” created in Yeouido [western Seoul] with the goal of being Asia's largest fintech hub, the “2nd Seoul Fintech Lab” will be opened in Mapo District next year. Third, we plan to attract foreign schools to improve the domiciliation conditions of employees in foreign financial institutions, centering on Yeouido.

Cowen: I am not sure it is in Seoul’s future to be a major financial center in the sense that New York and Hong Kong have been. There is already a burgeoning fintech scene in Korea, and that is to be encouraged. Given that Seoul is relatively close to Singapore, Hong Kong, Shanghai, and Tokyo, I am not sure the region has room for another major financial center. I would put it this way: Seoul will do as well in this category as it needs to.

Regarding the financial hub, China, Japan, and Korea are currently having a three-way competition. How do you view the strategies of China and Japan?


Oh: China and Japan have higher rankings in the Global Financial Centres Index than Seoul, but their governments have a strong will and offer exceptional benefits, and are active in deregulation. China is strategically growing its fintech industry and opened a stock exchange in Beijing following Shanghai and Shenzhen. Tokyo has also started to ease residence restrictions and cut corporate taxes for high-quality manpower from overseas. Even if the Seoul Metropolitan Government establishes an investment board and provides exceptional incentives, the effect cannot be maximized unless it works with the central government. Above all, the key is to solve tax and regulatory issues [such as corporate taxes and income taxes]. There needs to be a forward-looking decision from the central government.

Cowen: I think the Chinese cities and also Japan have all peaked in a relative sense. Chinese economic growth is slowing rapidly, and likely it will not bounce back. This is in part due to unfavorable demographics. The Chinese economy has long been too reliant on real estate and construction. I think China will get through the current situation O.K., but the go-go days lie in the past.

As for Japan, the country is very stable, but has a shrinking population and not so many world-class companies. It will take a while again before they are a fearsome competitor. 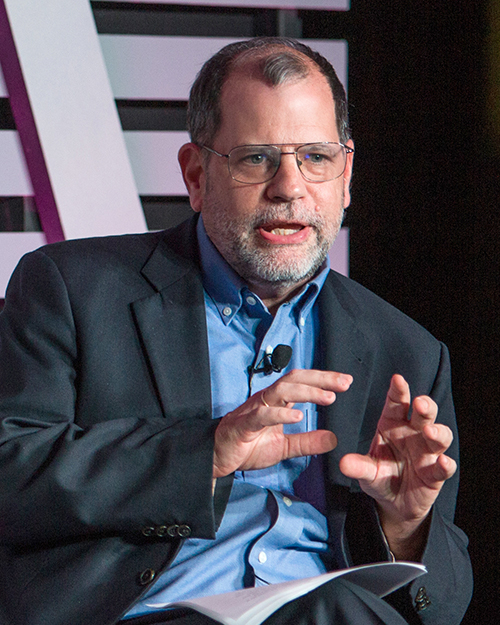 What would you list as the desirable vision and priorities of post-Covid?


Oh: The first priority is to heal the wounds of the people’s livelihood and economy left by Covid-19 and create a new Seoul of fairness and co-prosperity. We will push for three things as key tasks post-pandemic: recovery of people's livelihoods and daily lives; strengthening the social safety net; and leaping toward growth. Most of all, we plan to establish a system in which the four major hierarchical mobility ladder — housing, welfare, work and education — is properly engaged. We will actively support future growth industries and start-up ecosystems, and invest funds in restoring history and culture, strengthening design content, and developing tourism and cultural content representing the world — including "Beauty City Seoul." Recently, the world has been enthusiastic about K-content such as K-pop, K-film and K-drama. We will use this as an opportunity to increase Seoul's tourism competitiveness in the post-Covid era.

Cowen: I think tourism will be slow to come back to most of East Asia. For at least five years, I think tourism numbers to Korea will be subpar. A related problem here is China. Even if Korea is totally open, Chinese tourists may worry they will have problems, delays and quarantines re-entering China again. Again, I don’t think those worries will be cleared up soon, even if the situation on the ground is quite normal.


The low birth rate and aging population could be the Achilles’ heel of Seoul in the future. What kind of policy would you suggest for its future?


Oh: It has been a long time since Korea’s low birth rate issue has been treated as a national task, and there is no sign of it being solved despite astronomical funds being poured in. Last year’s total fertility rate hit an all-time low of 0.84, and Seoul recorded the lowest nationwide of 0.64. The Seoul Metropolitan Government plans to move away from policies focusing on encouraging childbirth and shift to policies that can improve the quality of life for all generations, and emphasize integration and solidarity between social classes and generations. For the expectations and hopes for tomorrow to come alive, Seoul will first lay the foundation for a country of caring together and being happy together.

Cowen: Korea will have to take in more immigrants over time […] if only to fill more service sector jobs. Fortunately, the Korean alphabet is much easier to learn than either Japanese or Chinese. Imagine a Korea with more arrivals from China, the Philippines, Thailand and some other countries. It is important to absorb these immigrants at a workable pace, to limit cultural disruption. Over time, Korea will be a desirable country to move to.