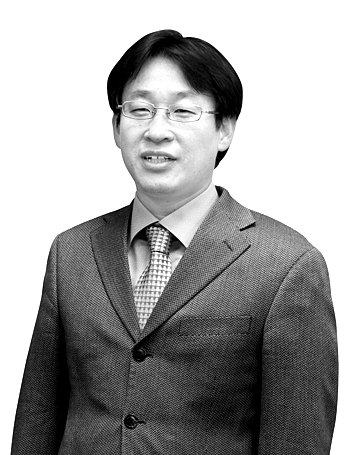 
“The reign of tears is over. The slums will soon be only a memory. We will turn our prisons into factories and our jails into storehouses and corncribs. Men will walk upright now, women will smile, and the children will laugh,” said the famous American preacher Billy Sunday in 1920.

In praise of the Prohibition — which banned the manufacture, sale and transportation of alcoholic beverages in the United States from 1920 to 1933 through the 18th Amendment to the U.S. Constitution — the National League outfielder-turned-evangelist extolled the draconian law. His sermon was imbued with hope and expectations. At that time in America, drinking was a big societal problem. For instance, more people died from alcohol-related causes than from any dangerous materials under control by the U.S. government. It was also an era of “moral justice” shortly after the end of World War I. A strict ban on bootlegging was considered reasonable for many citizens.

In his book “Free to Choose,” Milton Friedman, the Nobel laureate economist, came up with this diagnosis of the pitiless law. After drinking was outlawed, many prisons and detention centers had to be built to accommodate an increasing number of people arrested for and convicted of bootlegging, kidnapping and murder, often working for organized crime syndicates like those run by Al Capone. But it was ordinary citizens that the mafia gang sold liquors to. The Prohibition only turned plain citizens into criminals and made useless the self-regulatory function of the market to protect consumers from hazardous products. The law eventually failed to block people from drinking.

In Venezuela, a professor’s monthly salary stands at a paltry $11. Sometimes, the pay drops to $7 whereas the minimum food cost for a five-member family reaches $343 per month. Due to super-inflation, gold or foreign currencies are used as a means for trade.

In the South American state, even professors — once considered as a relatively stable profession — have to worry about their livelihood. The reasons for the dramatic fall of the Venezuelan economy are plenty, including the populism of its government and the plunge of oil prices in the 2010s. But one of the reasons for the collapse Prof. Choi Sung-rak of Dongyang Mirae University cites attracts our attention. The professor of business administration linked the sharp decline of the economy to so-called “30-percent margin law,” which puts business owners behind bars if they raise the level of their profit to more than 30 percent of their production cost when they release new products. The law was enacted to allow the working class to buy products at cheaper prices.

At first glance, the idea of guaranteeing at least 30-percent profit margin for companies in return for their over-the-top profit sounds plausible. But Prof. Choi says that 80 percent of all companies in Venezuela disappeared three years after the half-baked regulation was implemented.

Normally, if prices rise, companies produce more. But this did not happen in Venezuela. Due to the cap on the profit margin, they did not increase production. A lack of supply resulted in steep inflation, triggering an outcry from struggling ordinary citizens.

Such cases can also be found in Korea, as seen in the Moon Jae-in administration’s endless real estate fiasco. Despite 26 sets of policies the government presented over the past four years, they all ended up spiking housing prices. A law aimed at regulating multi-home owners and protecting tenants through various types of regulation was enacted with good intention in the beginning. But it caused housing prices to soar. When the government came up with yet another set of regulations to curb the skyrocketing home prices, they went up further. Three laws aimed at protecting tenants backfired to the extent of distorting the market irrevocably.

The same phenomenon happened when the Moon administration enforced a universal hike in the minimum wage. The move only drove the self-employed and mom-and-pop-store owners to lay off workers.

There are countless cases of economic policies starting with good intention but ending up a colossal failure. “All bad precedents begin as justifiable measures,” said Julius Caesar two millennia ago. The axiom reverberates to the present day. As Friedman says, it is a great mistake “to judge policies and programs by their intentions rather than their results.” Damage from wrong policies directly goes to the socially — and economically — weak.

Instead of concocting a quick fix whenever a problem crops up, the government must have the courage to withdraw its wrong policies upon seeing their adverse effects. That’s not just for more votes from the people but for their future and the country’s.

No absolute good on earth (KOR)

No absolute good on earth