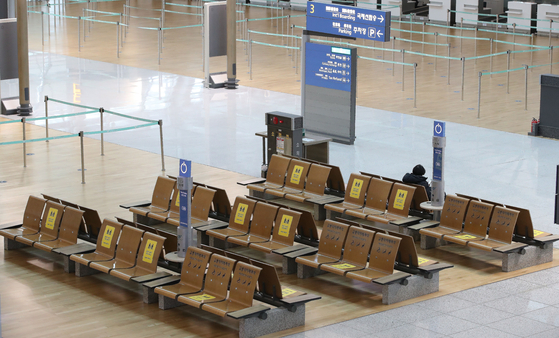 
The spread of the Omicron variant and a 10-day quarantine period imposed on arriving passengers through Dec. 16 have snuffed out flickering demand, airlines say.

Asiana Airlines decided to postpone the restarting of Incheon-Guam flights that were scheduled to start on Dec. 23 to next Jan. 30. Asiana Airlines was planning to operate the route twice weekly, but “urgently made the decision [to postpone] due to the Omicron [variant],” said Choi Jong-yoon, a spokesperson for the carrier.

Asiana Airlines was resuming the route for the first time since 2003. It said it will offer refunds to people who bought tickets, or allow them to reschedule without penalty.

Air Seoul decided to push back the operation of its Incheon-Guam route from Dec. 23 to next Jan. 29.

Jin Air is only operating two Incheon-Guam flights this week instead of the usual four. It said it has not reduced or halted operation of Incheon-Cebu and Jeju-Xian routes because they are most popular with outbound passengers, and the quarantine measure doesn't affect them.

Jeju Air also canceled Incheon-Chiang Mai flights scheduled for Dec. 10 and Dec. 17. It delayed Incheon-Bangkok flights that were to be resumed on Dec. 22 to next Jan. 29.

“It’s not easy for people to decide to travel abroad when there’s a 10-day quarantine period on their return,” said Kim Tae-young, a spokesperson for Jeju Air.

Jeju Air also decided to push back the operation of Busan-Saipan flights, which were scheduled to resume in early December, to Dec. 29. That decision was largely due to a shortage of rooms at the designated hotel in Saipan.

“Due to the travel bubble agreement, there is a designated hotel Korean travelers are required to stay in when traveling to Saipan. Travel agencies could not sell the travel package to Saipan [flying via our flight] because the rooms were all booked up,” Kim added.

A travel bubble is an agreement between countries to open up their borders for travel without mandatory quarantines. Korea has signed travel bubble agreements with Saipan and Singapore.

Air Busan said it decided not to halt flights on its Busan-Guam route despite the resurgence of the virus.

It has been operating the route once a week since Nov. 27.