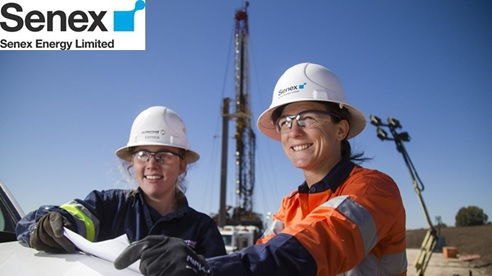 Posco International, a trading arm of Posco steelmaker, said on Sunday that it is investing 371.9 billion won to acquire 50.1 percent of Senex Energy. Australia-based Hancock Energy acquired the remaining 49.9 percent.

The deal is expected to be closed in March next year, following a vote at a Senex Energy shareholders’ meeting and regulatory approval.

Senex Energy, an oil and gas producer, runs gas fields in Atlas and Roma North, both in Australia's Queensland. It is able to annually produce 19 billion cubic feet of natural gas.

The company added that its experience in developing and extracting gas in Myanmar could also help the operation of Senex Energy and that the acquisition highlights its ambition to expand its energy business beyond Myanmar, Indonesia and Malaysia.

Posco International has a majority stake in Myanmar’s Shwe gas project. It also has a stake in a pipeline that transports the gas to China.

Through the acquisition of Senex Energy, Posco International will secure 802 billion cubic feet of natural gas reserves, which is around 44 percent of Korea's annual consumption as of 2019. The company added that the acquisition will help Posco achieve its carbon neutrality initiative through the production of green and blue hydrogen and the carbon capture and storage business, which refers to the process of capturing and storing carbon dioxide before it is released into the atmosphere.

“The role of natural gas is very important to prepare for the era of hydrogen economy,” said Joo Si-bo, Posco International president, in a statement. He added the latest deal will play a crucial role in expanding its energy business.

Posco International initially planned to buy a 100 percent stake in Senex Energy, but decided to partner with Hancock Energy because of the approval it will need to get from Australia’s Foreign Investment Review Board for acquiring more than 20 percent of an Australian company, according to a report from a media outlet The Bell.

On Friday, Posco's board agreed to shift the company to a holding company and split off its steel making business. Under the plan, Posco will become Posco Holdings and will act as a holding company that will make investments, hold shares, conduct research and development.

The reason given for the split is to push for new businesses with potential, like hydrogen, energy and battery materials.