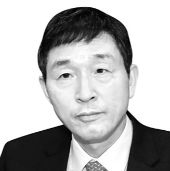 Lee Hyuk
The author is a former Ambassador to Vietnam.

Korea is headed into a presidential election on March 9. But the campaigns of the candidates from the ruling and opposition parties have been mostly dominated by livelihood matters such as the economy and welfare, along with questions of their moral standards — purely domestic in scope. Regrettably, voters are not interested in security and diplomatic issues.

History shows that the Korean Peninsula has been greatly influenced by strong neighbors like China, Japan and Russia due to geopolitical factors. Ancient dynasties in Korea could hardly reject Chinese Emperors’ demands for tribute until the late 19th century. After imperial Japan’s victory against the Qing Dynasty of China in the Sino-Japanese War (1894-1895), Korea was put in orbit around Japan and became its colony in 1910. The Republic of Korea was founded in 1948 — three years after its liberation thanks to the U.S. victory against Japan in the Pacific War. But in just two years, the country experienced the devastating 1950-53 Korean War between the South and the North.

Throughout their long history, Korean people could hardly stand on their own feet due to the country’s geopolitical fate of being surrounded by China and Japan. The curse of their destiny gave way to a geopolitical blessing for the peninsula after the establishment of the Korea-U.S. alliance in 1953 — and after the country took sides with the U.S.-led Western front upholding free democracy and the market economy during the Cold War.

After becoming a member of the West, Koreans awakened from hibernation, achieved stunning economic development, and won a democracy after their lengthy struggle. Just as Korea’s overwhelming victory against Japan and China in football games shows, the trajectory of its outstanding industrial and political advancement manifests the country can defeat Japan and China on a level playing field. On the flip side, the trajectory of North Korea shows the tragic transformation of the country into a frozen land due to the curse of geopolitics and ideology.

South Korea faces new — and gargantuan — challenges from the U.S.-China contest for global power, not to mention volatile inter-Korean relations and nuclear threats from North Korea. The Sino-U.S. competition will have a massive impact not only on the Korea-U.S. alliance and Korea-China relations but also on overall aspects of Korea’s diplomacy and security. Insights, strategic thinking and courageous leadership is required of a new president more than ever before. 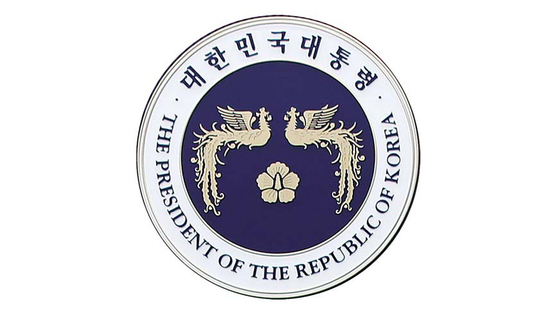 What makes a president successful in diplomacy? First of all, a leader must have unflinching faith in market economics and a free democracy. Without the ideological blessing from the Korea-U.S. alliance, the country could not have achieved both economic development and democracy. If it had not been for military support from Uncle Sam, Korea may have been communized long ago. And if it had not been for the U.S.-led global economic order, Korea could have remained a shabby country.

At the same time, Korea has made enormous gains from economic exchanges with China since establishing diplomatic relations with Beijing in 1992. Korea’s trade with China, which amounted to $241.4 billion last year, surpassed its trade with America ($131.6 billion) and Japan ($71.1 billion). As a sponsor of North Korea, China wields strong influence on its ally, inter-Korean relations and the future of the peninsula.

Given China’s economic and security weight, it is very important to advance our relations with China both qualitatively and quantitatively. But it is also true that China tried to hurt our alliance by taking advantage of Korea’s high reliance on China for trade. It is a mistake to think that a weakened Korea-U.S. alliance will lead to an increase in Korea’s economic gains from China, strengthened Korea-China relations and improved inter-Korean relations. If the Korea-U.S. alliance is shaken, it will help China intervene in South Korean affairs more easily than before based on its economic might and pose a potential security threat to the country, let alone making South Korea more vulnerable to North Korea’s provocations. At the same time, it will certainly deal a critical blow to all aspects of our relations with the West.

In a competition with China, the U.S. is forming a joint front with countries that share the values of democracy and human rights. U.S. President Joe Biden’s hosting of the Summit for Democracy last week was part of his war over ideology and values against China.

In this contest of values, China has few friends due to its authoritarian leadership. The country was criticized for repression in Hong Kong and the Xinjiang Uyghur Autonomous Region — and for its adherence to the principle of non-intervention in Myanmar in February. Beijing responds to Washington by expanding its influence over undemocratic — and mostly developing — countries by politically championing them and economically backing them. China has been pursuing a foreign policy based on its economic and military power instead of the power of values.

Therefore, Korea’s new president must have the conviction that democracy helps safeguard the future of Korea and believe in the pillar that is the Korea-U.S. alliance. Also, developing the alliance in a forward-looking manner will help maximize our geopolitical advantage and eventually expand the space for a healthy Korea-China partnership.

Recently, multilateral partnerships — such as the Quadrilateral Security Dialogue (QUAD) among the U.S., Japan, Australia and India, and the Aukus, a trilateral security pact among Australia, the UK and the U.S. — are unfolding to counter China’s rise. The Korean government is reluctant to join such groups. Given all the benefits Korea received from such multilateral coalitions, the country must augment its alliance with America.

Second, a new South Korean president must have strong responsibility for diplomatic and security affairs as they are directly related to national interests. If he wants to be remembered as a leader with great diplomatic achievements, he must have the courage to dispel a populist impulse to exploit diplomacy for political purposes at home.

Major aspects of Korean diplomacy are deeply related to nationalistic sentiments, as seen in the cases of wartime sexual slavery and forced laborers (with Japan) as well as the sharp discords over the government’s position on the alliance, North Korea and China. The frequent change of positions on major diplomatic issues whenever a governing power changes only confuses the public, splits public opinions, and provides fertile ground for nationalism. While “closed nationalism” helps make Korea isolated from the rest of the world, “open nationalism” will make the rest of the world our stage.

A new president as a top diplomat and top opinion leader must stand at the forefront of a crusade to lead the country toward the direction of “open nationalism.” When it comes to divisive diplomatic issues, in particular, he must make a brave decision to maximize national interests across party lines. And once a decision is made, he must candidly explain it to the people and draw a bipartisan consensus. If a president adheres to partisan interests, he cannot make diplomatic achievements, let alone gain political scores in the longer term.

As presidential candidates champion “practical diplomacy” as a tool for national interests — not for political expediency — a commander in chief must have courage and determination if elected president.

The next president must get involved in diplomacy from the initial stages of his presidency. He must learn lessons from the past presidents who left unnecessary burdens on the succeeding administrations after dilly-dallying on key issues without serious consideration from the start.

Given their lack of diplomatic experience, a new president should take a humble approach to diplomacy and set up a team of professionals armed with diplomatic strategy and patriotism.

Korea’s geopolitical destiny could offer the country a great opportunity to take the lead in diplomacy in Northeast Asia. I hope our next president will be remembered as a leader who turned that fate into a geopolitical blessing, as proven by former presidents Kim Dae-jung and Roh Tae-woo, who improved Korea-Japan relations and established diplomatic relations with the former Socialist countries, respectively.

If a president fails to take advantage of such a great opportunity, he cannot blame our ancestors for losing our sovereignty to powerful neighbors. Presidential candidates — or the voters for that matter — must not forget that a leader must squarely face history and move the nation forward.