88 million won of debt per household in the first quarter

88 million won of debt per household in the first quarter 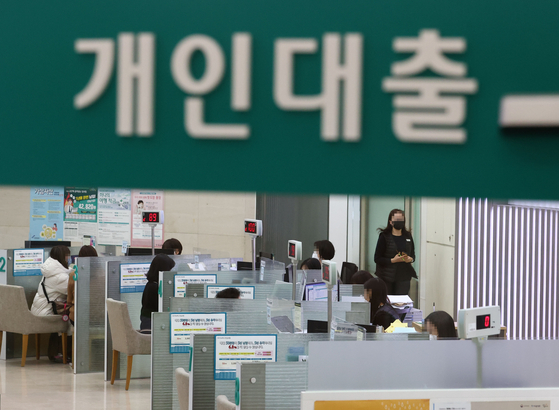 A loan department at Hana Bank in Seoul. According to a government study, household debt grew at a faster rate than income. [YONHAP]

Korean households had an average of 88 million won ($74,360) of debt at the end of the first quarter, according to a report issued by Statistics Korea, the Bank of Korea and the Financial Supervisory Service on Thursday.

The total is up 6.6 percent on year, the biggest on-year jump since 2018, as individuals and small businesses struggled to make ends meet during the pandemic and as some borrowed aggressively to buy real estate before prices went up further.

The report said that the high level of debt for those in their 30s was related to real estate financing, as property prices have been rising fast and young people have been rushing to get on the property ladder for fear of missing out.

People have been cutting back sharply on donations, which fell 16.8 percent to 46,000 won per month on average.