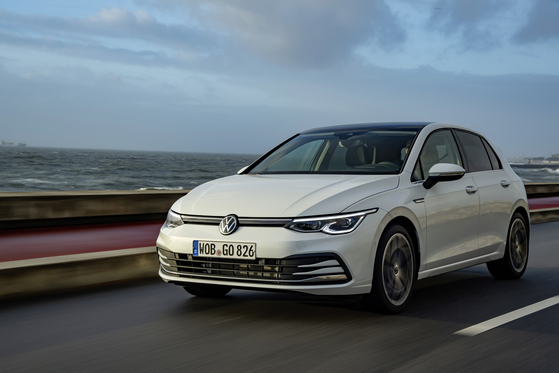 The Volkswagen Golf hatchback, now in its eighth generation, is set to make a comeback in Korea, along with the updated Arteon sedan.

According to Volkswagen Korea, the Golf 8 will be released next January in the domestic market after a five-year hiatus.

The Volkswagen Golf hatchback, a long-standing global bestseller, has sold over 35 million units since its initial launch in 1974. The Golf’s iconic design, which Volkswagen describes as the perfect balance between beauty and practicality, has set a new standard for hatchbacks. The latest Golf 8 retains the original design of the first-generation Golf, even after going through seven remodels.

Equipped with cutting-edge technologies, the Golf 8 is not only the segment leader, but also one of the most advanced models ever, Volkswagen said. The latest Golf’s high-tech features include a digitalized cockpit, online infotainment system displayed on an 8.25-inch touchscreen, and multi-functional steering wheel.

The Golf GTI, a high-performance model powered by gasoline engine, is scheduled to be rolled out as well, Volkswagen Korea announced during the 2021 Volkswagen Media Day.

Moreover, Volkswagen’s flagship sedan Arteon, which has gone through a partial redesign, will also be reintroduced in January.

Launched in December 2018, the Arteon touts expansive inner space, dynamic driving performance of a sport car and elaborate exterior, and was named the car of the year 2019 for design in Korea.

Volkswagen partially revamped the Arteon by adding sportiness to the avant-garde style of the business sedan. The carmaker’s latest features, such as IQ.DRIVE, are incorporated in the renewed model as well, Volkswagen added.

Volkswagen Korea will expand its product lineup through all of its segments ranging from hatchback to SUV, while accelerating the transition to future mobility with its all-electric SUV ID.4 slated to be introduced next year.

Not your grandpa's clubs