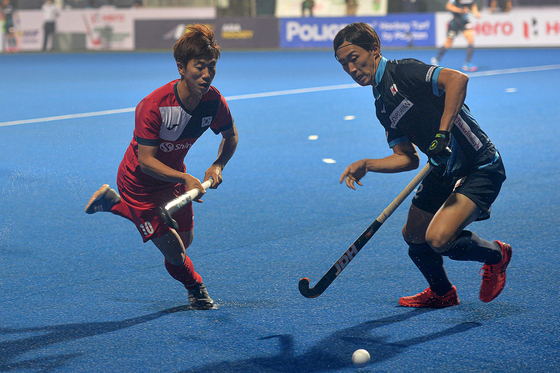 Hwang Tae-il, left, and Japan's Kawabe Kosei fight for the ball during a men's field hockey match between Japan and Korea at the Asian Championship Trophy tournament in Dhaka, Bangladesh on Wednesday. Korea are tied for second after holding Japan to a 3-3 draw. After two more preliminary matches, the top four teams will advance to the semifinals. [AFP/YONHAP]