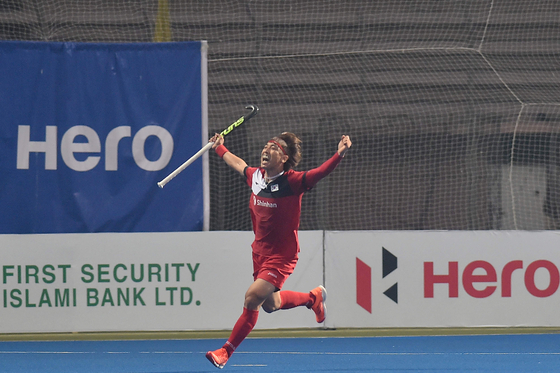 Jang Jong-hyun celebrates after scoring a goal during a men's field hockey semfinal match between Pakistan and Korea at the Asian Championship Trophy tournament in Dhaka on Tuesday. Korea won the game and will go on to face Japan in the final today. [AFP/YONHAP]