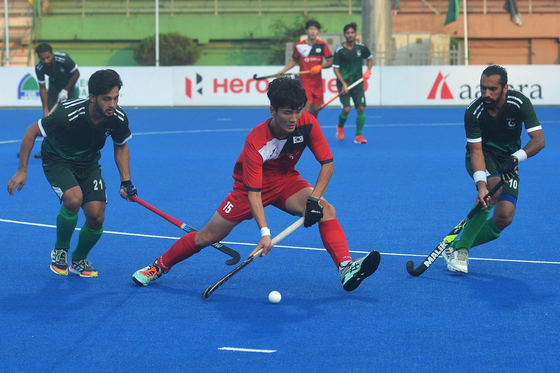 Lee Hye-seung, center, guides the ball past Pakistan's Afraz, left, and Ali Shan during the men's field hockey match between Pakistan and Korea at the Asian Championship Trophy tournament in Dhaka, Bangladesh, on Saturday. Korea held Pakistan to a draw and will advance to the semifinals as runner-up in the standings with one win and three draws, one win behind leader India. [AFP/YONHAP]