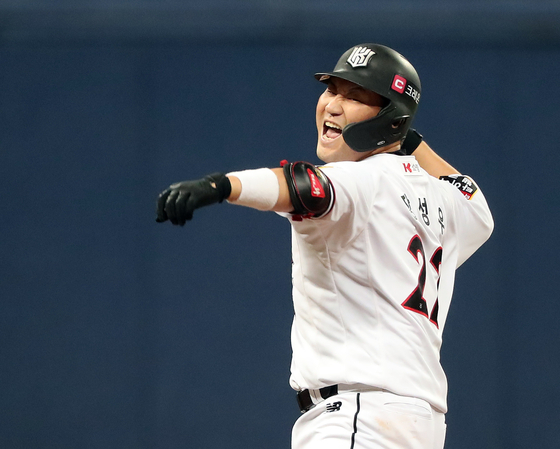 
Free agent catcher Jang Sung-woo has opted to stay with the KT Wiz, signing a four-year deal worth 4.2 billion won ($3.5 million) on Monday.

While announcing that Jang had re-signed with the club, KT credited the catcher as playing a huge role in the club winning its first Korean Series this year. The statement from the club highlighted his role in shaping the young pitching staff and effectively leading them from behind the plate, as well as developing into a significant presence at-bat.

"I thank the club for signing me on good terms," Jang said. "KT offered me a turning point in my professional life and I always will be grateful for that. We will not only win another title next season, but we will do our best to perform as true defending champions, both for each other and for the fans."