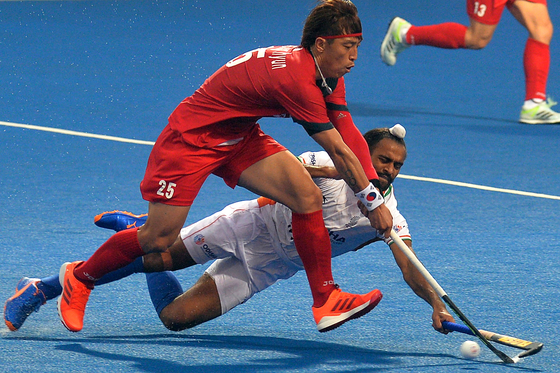 Jang Jong-hyun, left, dodges past India's Jaskaran Singh during a men's field hockey match between Korea and India at the Asian Championship Trophy tournament in Dhaka, Bangladesh on Tuesday. Korea held defending champion and Olympic bronze-medalists India to a 2-2 draw in their opening match. [AFP/YONHAP]