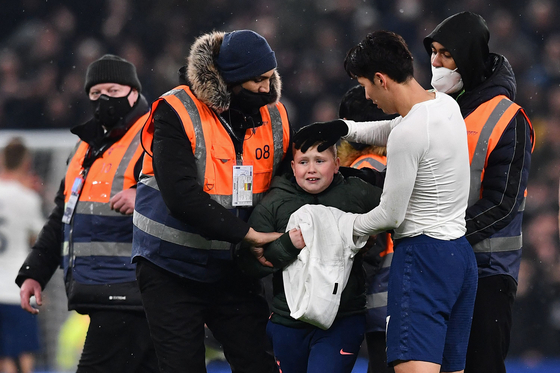 Tottenham Hotspur's Son Heung-min gives his shirt to a young pitch invader after a Carabao Cup quarterfinal football match against West Ham at Tottenham Hotspur Stadium in London on Wednesday. Son comforted the young fan, who had burst into tears after being intercepted by security guards while seemingly trying to reach the Korean striker. [AFP/YONHAP]