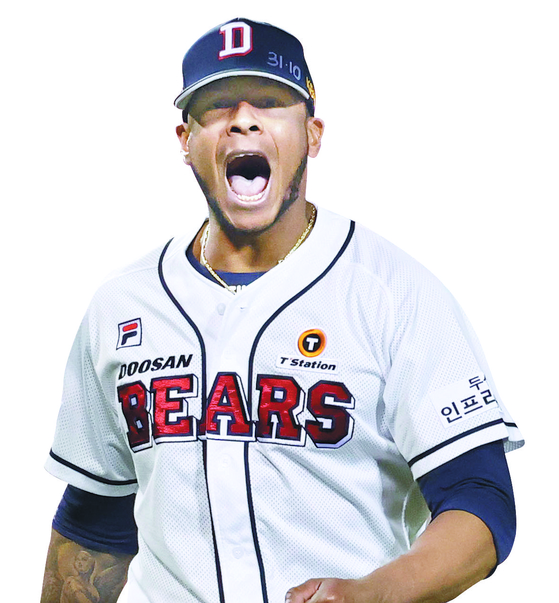 
Reigning KBO MVP Ariel Miranda has signed a $1.9-million deal to stay with the Doosan Bears for a second season, the club announced Friday.

Miranda, who set a new KBO record for the most strikeouts in a single season this year, will earn $1.6 million in guaranteed salary with a $300,000 signing bonus.

Miranda won the KBO's MVP title after a record-breaking season that saw him lead the KBO with a 2.33 ERA and 255 strikeouts, the highest number ever recorded by a pitcher in a single season. He also picked up a Golden Glove and narrowly missed out on a triple crown. He won the Choi Dong-won Award, the top prize available to a pitcher in Korean baseball.

Miranda's new contract is the second-highest ever by a returning KBO player, behind NC Dinos' starter Drew Rucinski's $2 million.

Miranda is the only foreign player that Doosan have so far signed for the 2021 season, making them one of the least active clubs in the market. Only the Kia Tigers, with no players signed, are in a worse position.

Both teams were likely focusing on their big ticket players — Kim Jae-hwan and Miranda for the Bears and Na Sung-bum and Yang Hyeon-jong for the Tigers — before looking at the other positions.