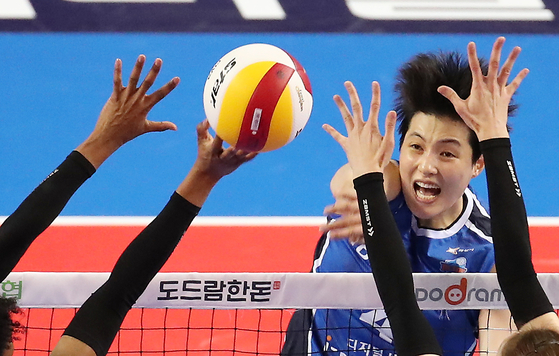 
Kim Hee-jin of Industrial Bank of Korea Altos became the All-Star of the 2021-22 V League season on Sunday, receiving the most votes ever recorded for one person.

The All-Star vote took place from Dec. 10 to Dec. 23 to determine the top players of the men’s and women’s V League who will play in the All-Star match. The total number of All-Star votes cast this season were 169,519, a 39 percent increase from last year’s votes and the highest ever in the history of V League, reflecting the heightened interest in volleyball in Korea.

The All-Star match takes a K-Star versus V-Star format, where men's and women's V-League clubs are divided into two teams according to their previous season's performance. Last season’s clubs that ranked first, third and fifth become the K-Star team, and the teams that came in at second, fourth, sixth and seventh become the V-Star team.

The All-Star match will be played in four sets, with the women’s two teams competing in the first and third set while the men’s teams will play the second and fourth match.

This season, the women’s clubs of the K-Star team are GS Caltex Seoul Kixx, Industrial Bank of Korea Altos and Korea Ginseng Corporation. They will team up with the men’s clubs; the Incheon Korean Air Jumbos, Ansan OK Financial Group Okman and Suwon KEPCO Vixtorm. 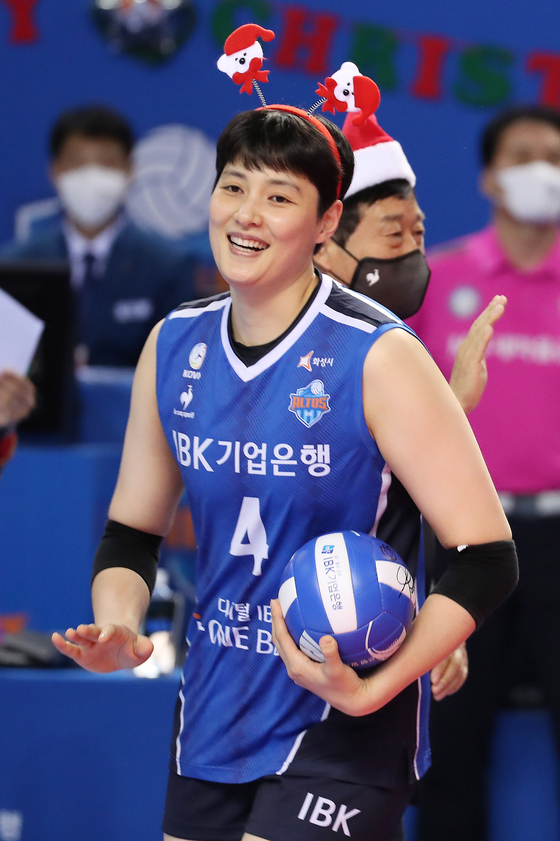 
All-Star title selection is based on fan votes conducted in four categories: striker, center, setter and libero. According to the vote results, seven players of both the men's and women's V League are selected as All-stars: the top three strikers, the top two centers, one setter and one libero.

The first time ever for one player to receive more than 100,000 votes, Kim received 113,448 votes, topping the votes of all center players and receiving the most votes across all clubs and genders in the history of the V League.

The previous record was held by Suwon KEPCO Vixtorm’s Seo Jae-duck, who was named the 2018-19 All-Star with 89,084 votes. This time around, Shin Yung-suk topped the men’s V League votes with a total of 99,502 votes. 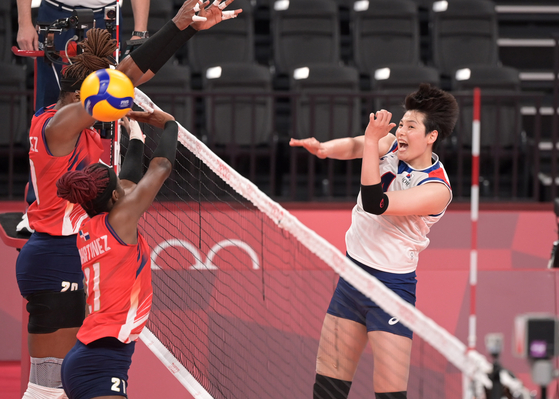 
At the Tokyo Olympics, Kim became a three-time Olympian, having played on the big stage alongside veterans like Kim Yeon-koung, Kim Su-ji and Yang Hyo-jin, who were the ones to achieve the women’s national team’s stunning fourth-place finish at the 2020 Tokyo Summer Games — a feat Korea had not been able to achieve since the 2012 London Games. Kim being voted as All-Star with a record-high number of votes indicates that the women’s V League has recently gotten more attention than ever, no doubt thanks to the historical fourth-place finish at the 2020 Tokyo Summer Games.